If mid-70s with plenty of sunshine is something you like — then summer is going to get off to the right start.

Wednesday is going to see temperatures into the mid-70s, with low-humidity, and mostly sunny skies. While a brief rain shower cannot be ruled out completely, according to FLX Weather Meteorologist Drew Montreuil — a vast majority of the day will be spent sunny.

Temperatures will drop into the 50s overnight heading into Thursday, which will prove to be an active weather day. 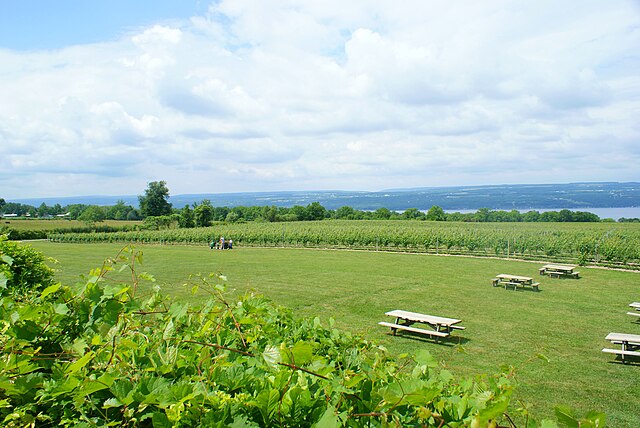 Montreuil says that it’s looking like the Finger Lakes will be spared from the heaviest rainfall on Thursday and Friday, but showers and occasional steady rain is possible.

“A batch of rain showers will start to move into the western Finger Lakes during the late morning hours on Thursday. The showers will spread east during the midday and early afternoon hours. As it does so, the showers should dissipate and fall apart by the mid afternoon. Parts of the eastern Finger Lakes may not see much more than a few spits of rain.

Showers and thunderstorms will increase Thursday evening and night, but much of the activity will be focused near a warm front that will be poised just north of the region. Locally heavy rain will fall over northern New York, Lake Ontario and parts of Canada. In the Finger Lakes, meanwhile, some areas, especially further south, may see very little rain.

More thunderstorms are likely on Friday near an incoming cold front. Again, areas north and east of the Finger Lakes may see some heavy rain while much of the Finger Lakes gets missed. Areas further west may also see more in the way of thunderstorms during the day Friday. Showers will move through Friday evening, but will probably not have the same punch as they do earlier in the day.

It is completely reasonable to expect some parts of the central, southern, and eastern Finger Lakes to see less than a quarter-inch of rain between Thursday and Friday. Meanwhile, areas east of Lake Ontario should easily exceed an inch, with as much as two or even three inches possible.”

Here’s the latest forecast from the National Weather Service

A chance of showers, mainly after 3pm. Increasing clouds, with a high near 77. Calm wind becoming southwest 5 to 9 mph in the morning. Chance of precipitation is 30%. New precipitation amounts of less than a tenth of an inch possible.

Showers and thunderstorms likely, mainly before 1am, then showers likely and possibly a thunderstorm after 3am. Cloudy, with a low around 68. South wind 6 to 13 mph. Chance of precipitation is 60%. New rainfall amounts between a tenth and quarter of an inch, except higher amounts possible in thunderstorms.

Occasional showers and possibly a thunderstorm. High near 83. South wind 10 to 18 mph, with gusts as high as 28 mph. Chance of precipitation is 80%. New rainfall amounts between a quarter and half of an inch possible.

Showers likely and possibly a thunderstorm before 1am, then a chance of showers. Mostly cloudy, with a low around 63. Chance of precipitation is 70%. New rainfall amounts between a tenth and quarter of an inch, except higher amounts possible in thunderstorms.

Mostly sunny, with a high near 76.

Partly cloudy, with a low around 57.

A chance of showers. Partly sunny, with a high near 76. Chance of precipitation is 40%.

A chance of showers. Mostly cloudy, with a low around 57. Chance of precipitation is 50%.

A chance of showers. Partly sunny, with a high near 70. Chance of precipitation is 30%.

Partly cloudy, with a low around 54.

Mostly sunny, with a high near 72