An October trial date has been set for the local man accused of stabbing another man to death at the former Iroquois Hotel. 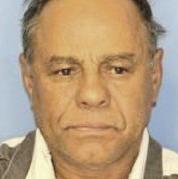 Colon, 63, faces charges of second-degree murder, first-degree manslaughter, second-degree manslaughter, third-degree criminal possession of a weapon and fourth-degree criminal possession of a weapon over the Sept. 2, 2016, death of 41-year-old Hector Marquez. The incident happened at the Franklin Street rooming house known as “The Iroquois.”

Police said the two apparently were on friendly terms earlier in the day when Marquez and his girlfriend visited Colon’s apartment. However, Marquez learned his girlfriend went back to visit Colon on her own, leading to an argument.