Skip to content
»
Home > Rochester Area > THE HEAT IS ON: Highs will approach 90 this weekend

If you’ve grown accustomed to only half of the weekend being good for outdoor plans in the Finger Lakes — the next three days will bust that trend.

The rainy, cool weather is long gone — and now — the first push of significantly warm, summery weather is coming. Temperatures for Saturday will still be comfortable, even after a warm from pushes through.

The rain chances will be incredibly minimal, according to FLX Weather Meteorologist Drew Montreuil. He says that while a few widely scattered showers are possible, they should be mostly sunny — getting warmer by the hour. 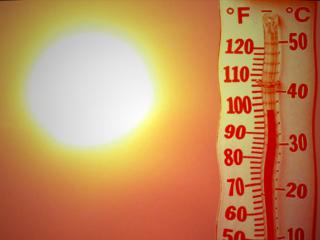 He says the heat and humidity will really work into the area during the morning on Sunday. By mid-afternoon, he explained, the entire region should be well into the 80s, with some areas pushing 90.

He says that dewpoints will push well into the 60s, which means it will feel very humid.

Anyone with outdoor plans should plan on doing their part to stay hydrated — as the heat index will push well into the 90s.

Check out the latest local forecast from the National Weather Service below:

Scattered showers and thunderstorms before 1 pm, then isolated showers between 1 pm and 3 pm. Cloudy, then gradually becoming mostly sunny, with a high near 80. West wind 7 to 11 mph. Chance of precipitation is 30%. New rainfall amounts of less than a tenth of an inch, except higher amounts possible in thunderstorms.

Partly cloudy, with a low around 72.

Mostly sunny and hot, with a high near 90.

A chance of showers and thunderstorms. Mostly sunny, with a high near 88. Chance of precipitation is 30%.

A chance of showers and thunderstorms. Partly sunny, with a high near 79. Chance of precipitation is 40%.

A chance of showers and thunderstorms. Partly sunny, with a high near 83. Chance of precipitation is 40%.