Earlier this year, the Mayor started his Mayor’s Institute of Civic Engagement.

A neighborhood must have at least one active neighbor in each of these academies: Citizen Police, Citizen Planning, and Citizen Budget. There is no time constraint within which to complete the courses. We plan on presenting more awards next year as many people only have one more academy to complete. 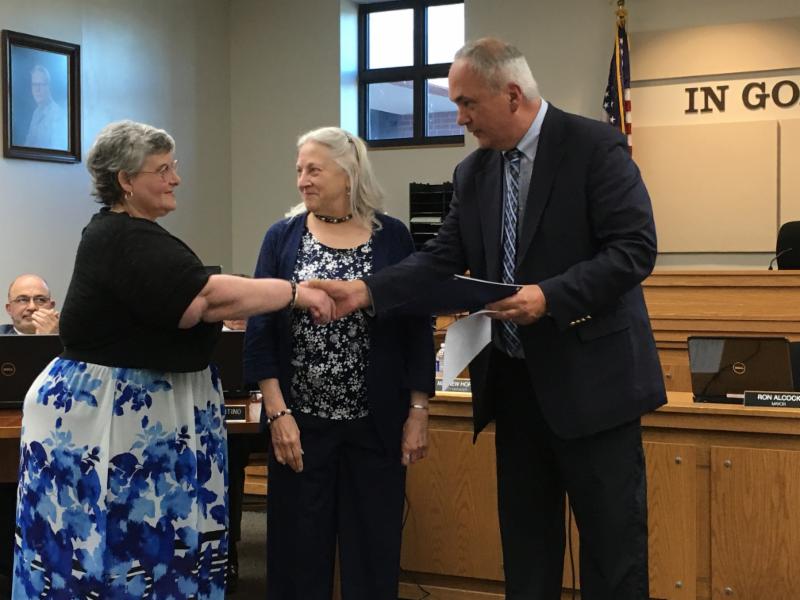 Cappiello is a resident of Ward 5 and lives in Genesee Park and is active in the neighborhood association.

“We are grateful for your dedication to learning more about how our city works, asking thought provoking questions, and monitoring the actions of City Council in all these ways that you volunteer. Congratulations on being the first ever Mayoral Fellow for the City of Geneva,” The Mayor remarked presenting Sam with this award.

Julia Wheeler and Carole Brown from Historic South neighborhood association represented the neighborhood at the meeting with the Mayor’s presentation.

Both of these neighborhoods received certificates last night, but there will be markers created for the neighborhood gateway signs that will be installed noting this achievement for everyone to see in these two neighborhoods and also for future awardees.