On Monday around 11:40 pm two vehicles were involved in a personal injury crash, according to the Ithaca Police Department at the intersection of West Buffalo St. and North Fulton St.

One of the vehicles involved with an IPD patrol car, which was traveling south on North Fulton St. and the non-police vehicle was traveling west on West Buffalo St. 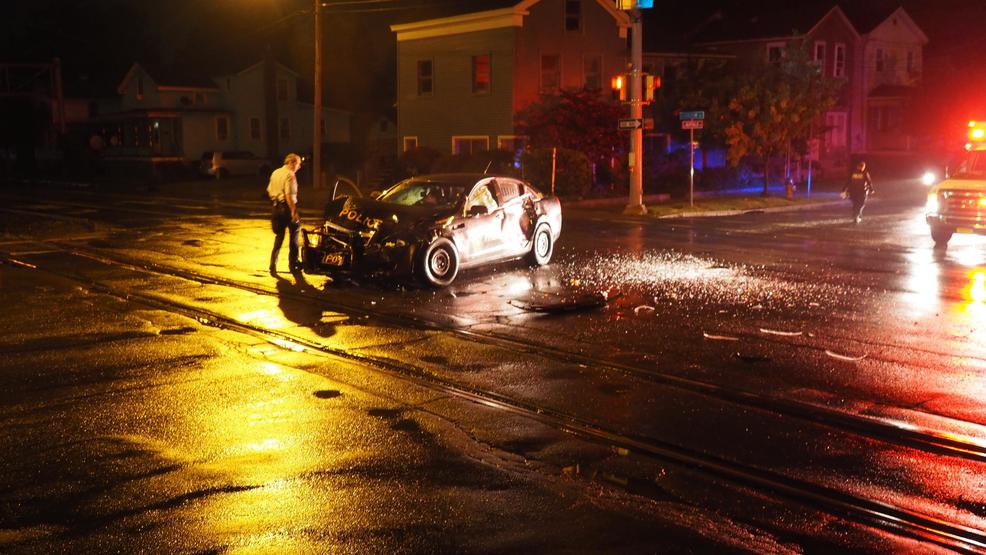 An investigation determined that the operator of the non-police vehicle proceeded through a steady red traffic light and into the intersection where the two vehicles collided.

Bangs Ambulance and Ithaca Fire Department responded to the scene to assist.

The operator of the IPD patrol car was extricated from the vehicle by the Ithaca Fire Department. He was not seriously injured, according to IPD officials. He was an on-duty police officer who had several bumps and bruises, as result of the crash.

The operator of the non-police vehicle was not injured, nor were the passengers inside that vehicle.

That driver was issued a traffic ticket for running a red light.