The Seneca County Sheriff’s Office reports that on early Thursday morning at approximately 1:50 AM, Sheriff’s Deputies responded to a one vehicle fatal motor vehicle accident that occurred on Route 96 and Schier Road in the Town of Covert in southern Seneca County. 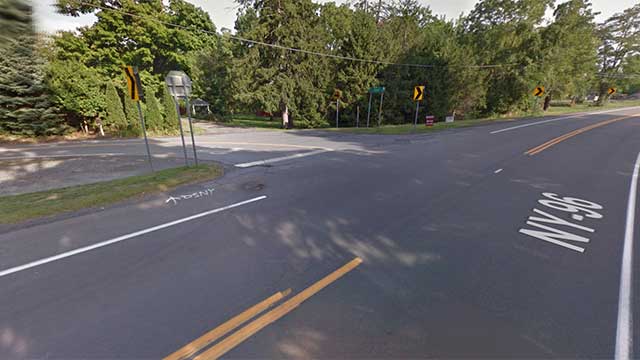 Deputies report that Kevin P Lockwood, age 32 of 1637 Trumansburg Road in Ithaca, was northbound on Route 96 when his 2016 Harley Davidson failed to negotiate a curve and left the road before striking a road sign and some trees and finally coming to rest in the yard of a residence. Lockwood was pronounced dead at the scene by Seneca County Coroner Paul McPherson.

Deputies were assisted at the scene by Trumansburg Fire and Ambulance , Interlaken Fire and Ovid Fire Departments.

Deputies report the investigation is continuing.

This story will be updated as more information becomes available. For the latest from around the Finger Lakes — download the FingerLakes1.com App for iOS and Android.