Brett Gardner and Matt Holliday each turned in multi-homer nights as the Yankees jumped out to an early eight-run lead and rode it to the tune of Tuesday’s 8-3 series-evening victory over the Orioles.

The American League East-leading Yanks entered the day second in the American League in runs, but averaging just 3.36 per game since May 18. They raised that number against O’s starter Chris Tillman, with Gardner hitting a leadoff blast and Holliday following one out later. New York added a run in the second before Holliday belted his second homer of the night off Tillman to help chase the Baltimore righty in the third. 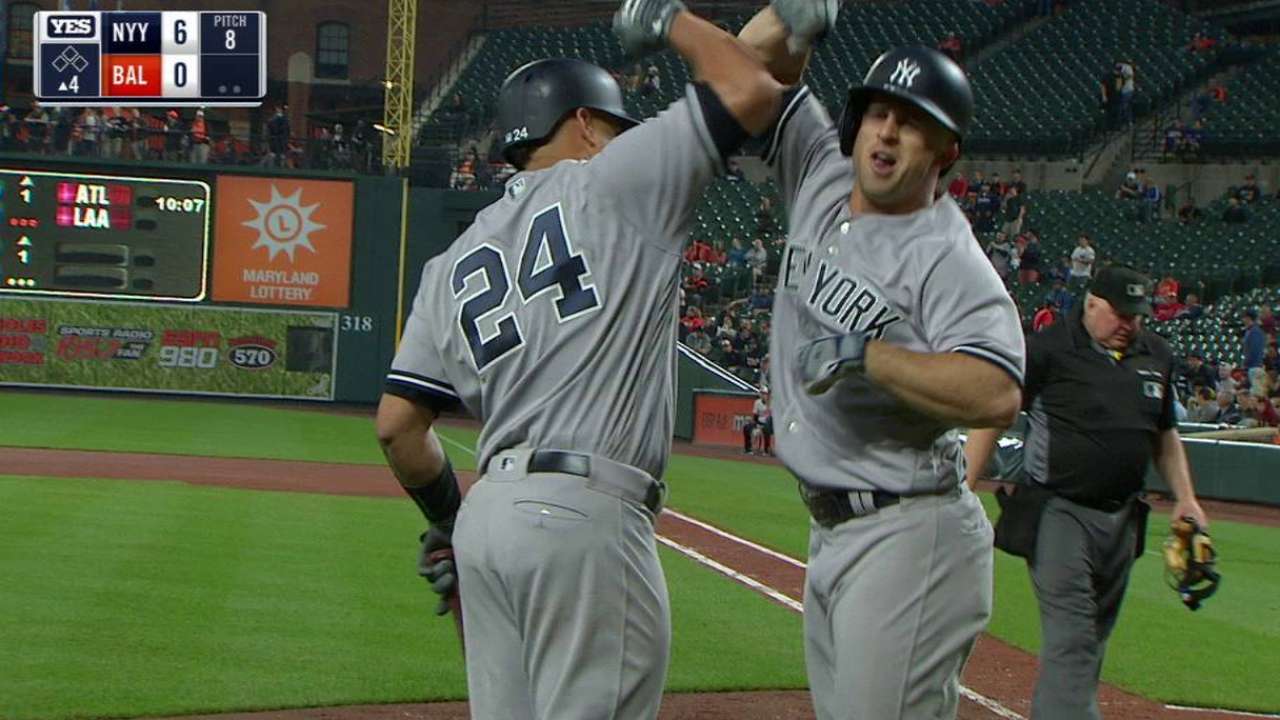