It was just a few years ago that Cayuga Operating Company was on the verge of closing their coal plant in Lansing, but today they are planning for a new future in solar.

The company unveiled plans to construct one of the state’s largest solar farms at its 434-acre site in Lansing. Ironically, the solar farm will be located on the same as the coal plant. The proposed large-scale clean energy project dubbed Cayuga Solar will generate 18 megawatts of solar electricity. 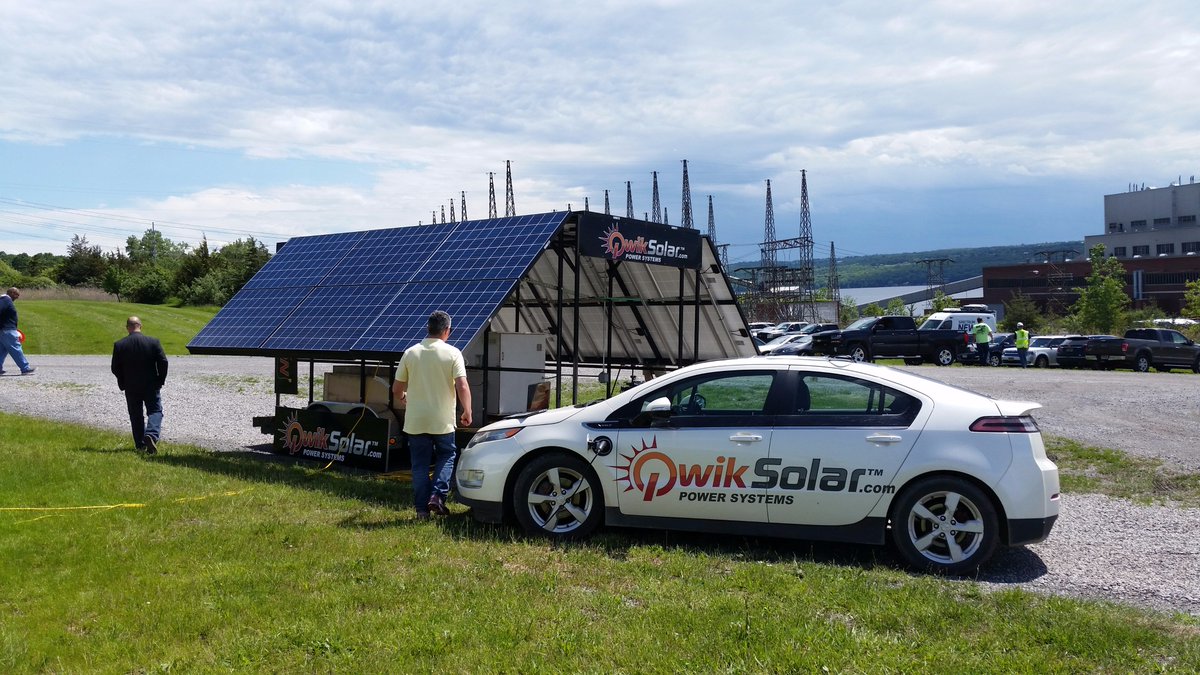 “This solar project  is so important to the region for so many reasons,” said Senator Pam Helming, noting the jobs it will bring, the economic development it will create and environmental pros of solar power. “That is the equivalent of powering 3,100 homes with no emissions.”

Estimated cost of the project is more than $25 million and the construction will likely bring upwards of 150 local jobs to the area.

The announcement was made at a solar powered press conference, likely the first such press conference of its kind ever in the state. A large portable solar panel array was set up outside the tent where the project was detailed. The solar panel was producing 2,300 watts of electricity, of which the press conference was using only 1,400 watts. The rest of the energy was being used to charge batteries, including that of a hybrid vehicle outside. 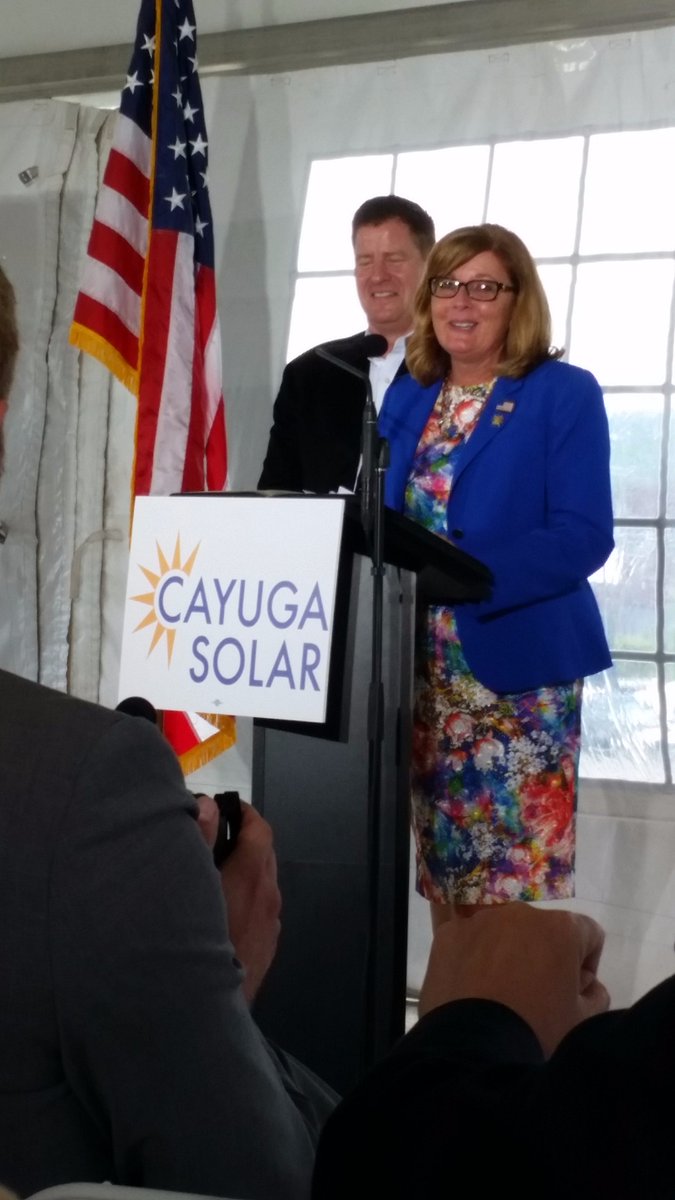 “The co-location of a large-scale solar farm with an existing coal plant represents the energy transition underway in New York and across the United States,” said Jerry Goodenough, the vice president of development for Cayuga.

It’s unusual to have a solar farm located next to a working coal plant – there are only three others in the United States. Some 75 acres of the 434-acre property will be dedicated to solar panels.

Cayuga Solar also wants to make the project an educational opportunity for youth and has entered into discussions with school district officials and Tompkins Cortland Community College to incorporate the design, operation and construction of the farm into the school curriculum.

“We know renewable energy will be a significant part of our students’ futures,” Pettograsso said. “We are lucky to have the chance to be a part of such a significant project.”

The site in question gives Cayuga an edge in the bidding process due to the fact that they own the property, it meets zoning requirements and there is already an existing interconnection with the national grid.

The development of the farm is the first phase of its multi-phase development  plan for a new Cayuga, one that envisions repowering the existing coal plant with cleaner and cheaper natural gas, and ultimately creating an “energy park” on the 434-acre site to locate manufacturing and other energy-intensive commercial operations.

“I’m pro business,” LaVigne said. “It’s a good thing to be creative, to be innovative, to be bold. Your company is all of those things.”

Cayuga Solar has already received an approved position to connect to the New York Independent System Operator energy grid and is working with the town of Lansing on the necessary permits. The applications will be ready to present to the town planning board in June.