Aaron Judge ripped his first career grand slam in the third inning to put the Yankees ahead for good, and Michael Pineda gutted out six innings in the team’s 9-5 win over the Athletics on Sunday at Yankee Stadium.

The Yankees’ offense had scored a combined four runs in the first two games of the series before Judge drove in that many on one swing in the finale. Five of the six runs A’s starter Andrew Triggs allowed were unearned, as his defense continually hurt him. The A’s made two errors to bring their season total to 49 in as many games played. 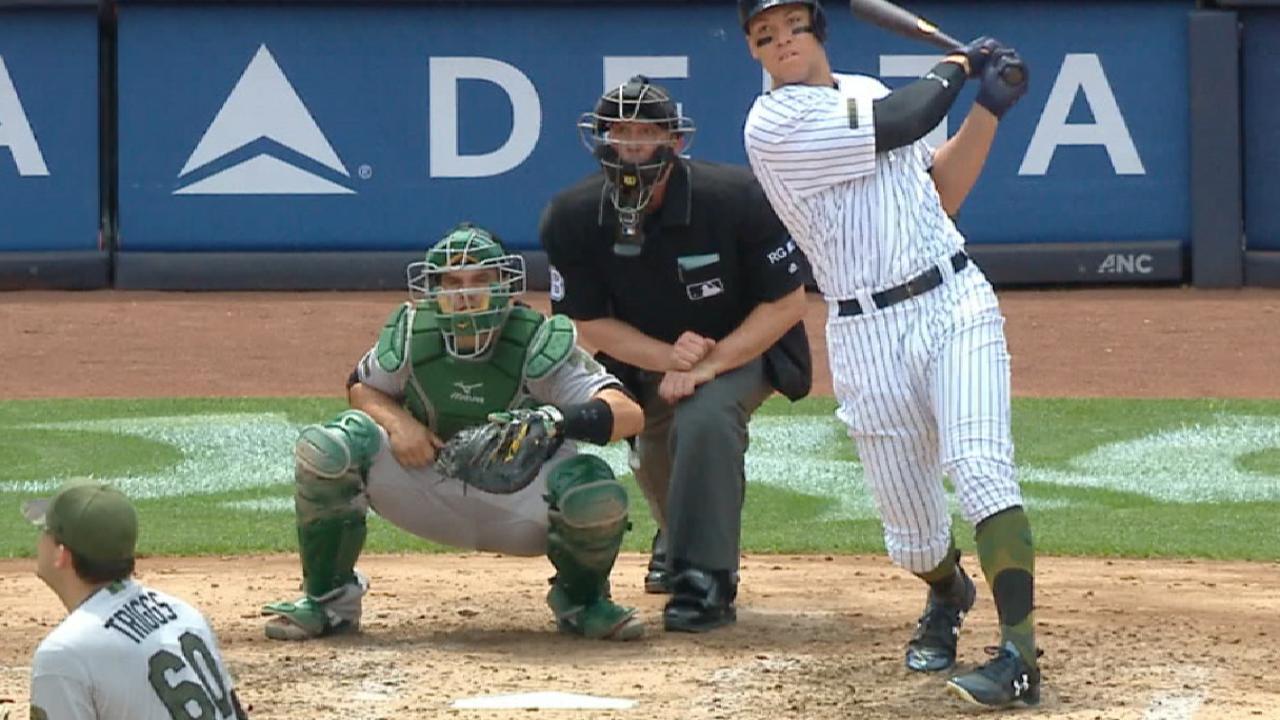