Masahiro Tanaka rebounded from the worst two-start stretch of his career with a 13-strikeout performance, but Jed Lowrie drove home the tiebreaking run and Stephen Vogt slugged a two-run homer as the Athletics secured a 4-1 victory over the Yankees on Friday evening at Yankee Stadium.

Lowrie collected his third hit of the game in the eighth inning off Tyler Clippard, who had relieved Tanaka. Khris Davis added a run-scoring single later in the inning, and Vogt went deep in the ninth off Jonathan Holder, helping boost Sean Manaea (3-3) to the win. 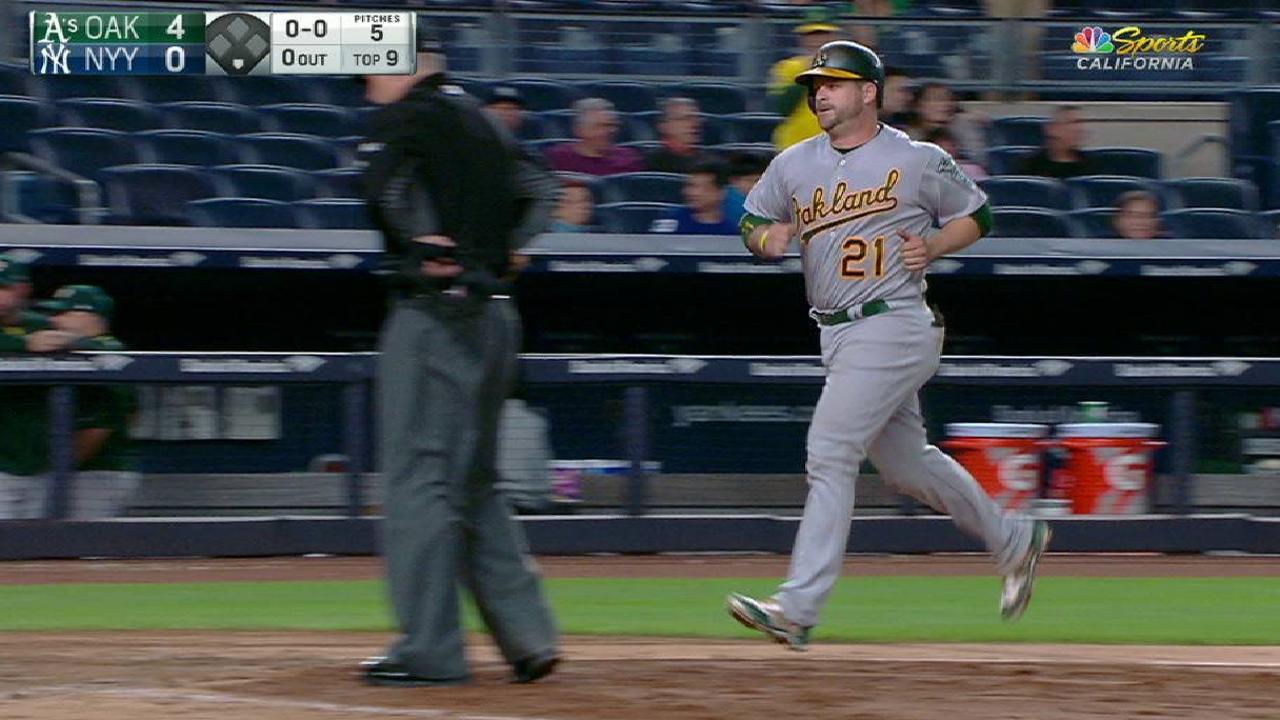