Following one of his best starts of the season, Jacob deGrom spun yet another gem, and hometown hero Neil Walker provided the offense with two homers and four RBIs in the Mets’ 8-1 win over the Pirates at PNC Park on Friday.

deGrom was masterful over 8 1/3 innings, striking out 10 and walking just one. After holding a 3.99 ERA through his first eight starts, he has given up just one run over 15 1/3 innings in his last two outings. Since his May 14 start against the Brewers, when he was tagged for four runs, he has turned a corner. 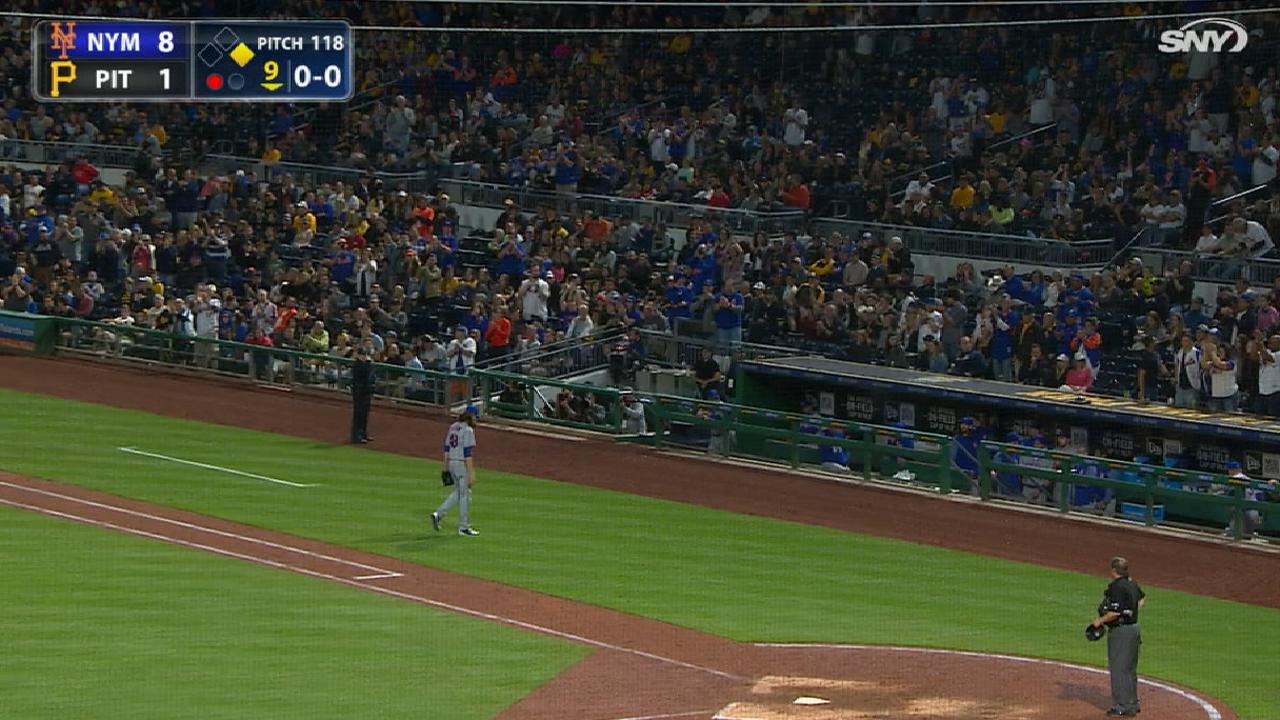