Luis Severino harnessed his electric arsenal to produce the deepest outing of any Yankees starting pitcher over the last two weeks, firing eight scoreless innings in a 3-0 victory over the Royals on Wednesday night at the Stadium.

Severino gave the Yanks’ fatigued bullpen a breather by limiting Kansas City to just four hits in a 114-pitch performance, increasing New York’s lead to a season-high 2 1/2 games over Baltimore in the American League East. Dellin Betances struck out the side in the ninth for his fourth save. 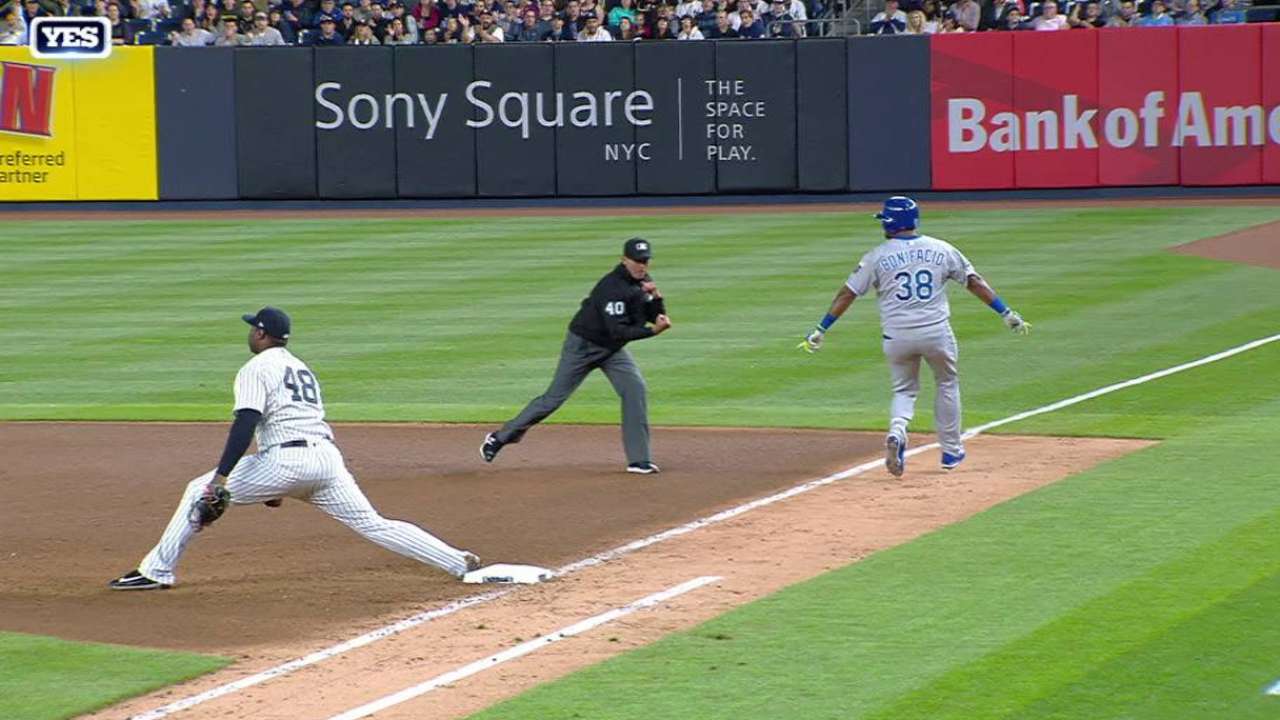