Evan Longoria enjoyed another big night against the Yankees, tying his career high with a four-hit performance that included a tiebreaking eighth-inning single, which lifted the Rays to a 5-4 victory on Friday night at Tropicana Field.

Longoria’s 102 RBIs against the Yankees are the most of any active player against them, and he added to that tally by driving home Derek Norris with a single to left field off Tyler Clippard. It was Longoria’s seventh career four-hit game, coming after he began the game in an 0-for-12 skid. 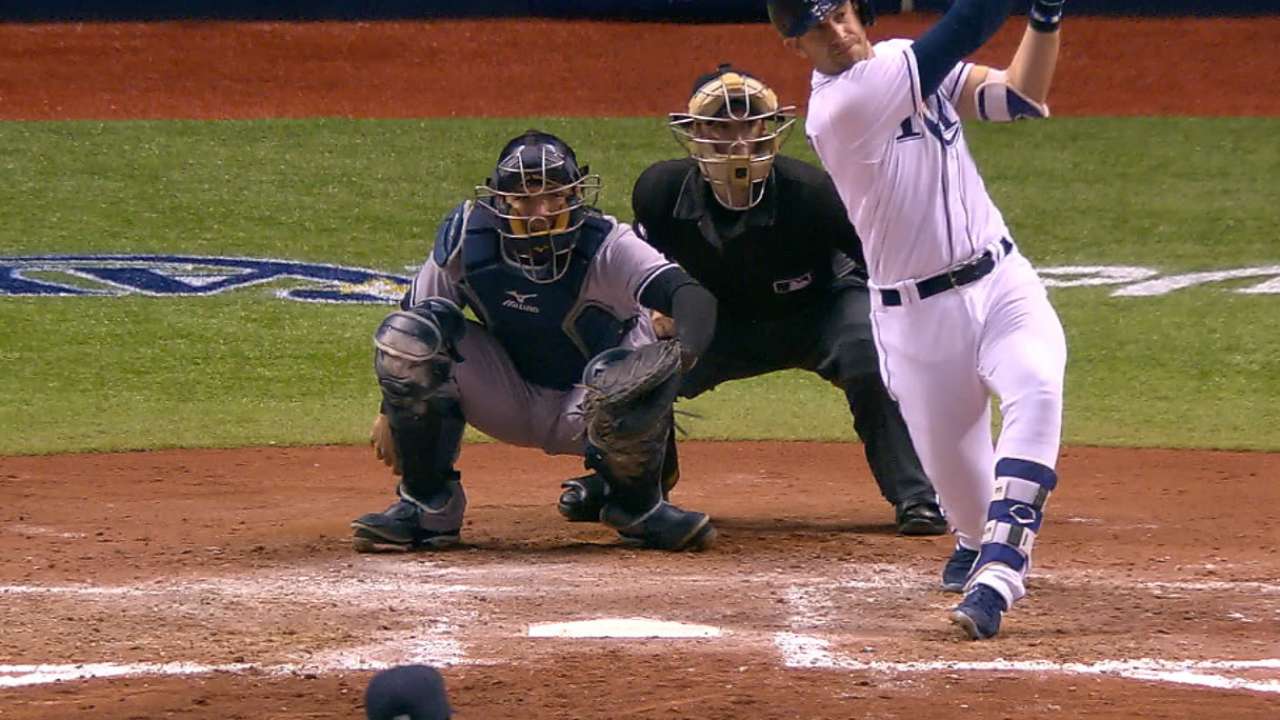