Yankees left-hander CC Sabathia was in desperate need of a solid outing after his previous three starts had yielded 18 runs in 17 2/3 innings. The Royals provided the perfect tonic for Sabathia as he fired 6 2/3 shutout innings in a 7-1 win on Tuesday night at Kauffman Stadium.

Sabathia won his 20th career game against the Royals and lowered his career ERA against them to 3.11. He gave up five hits, walked two and struck out four. 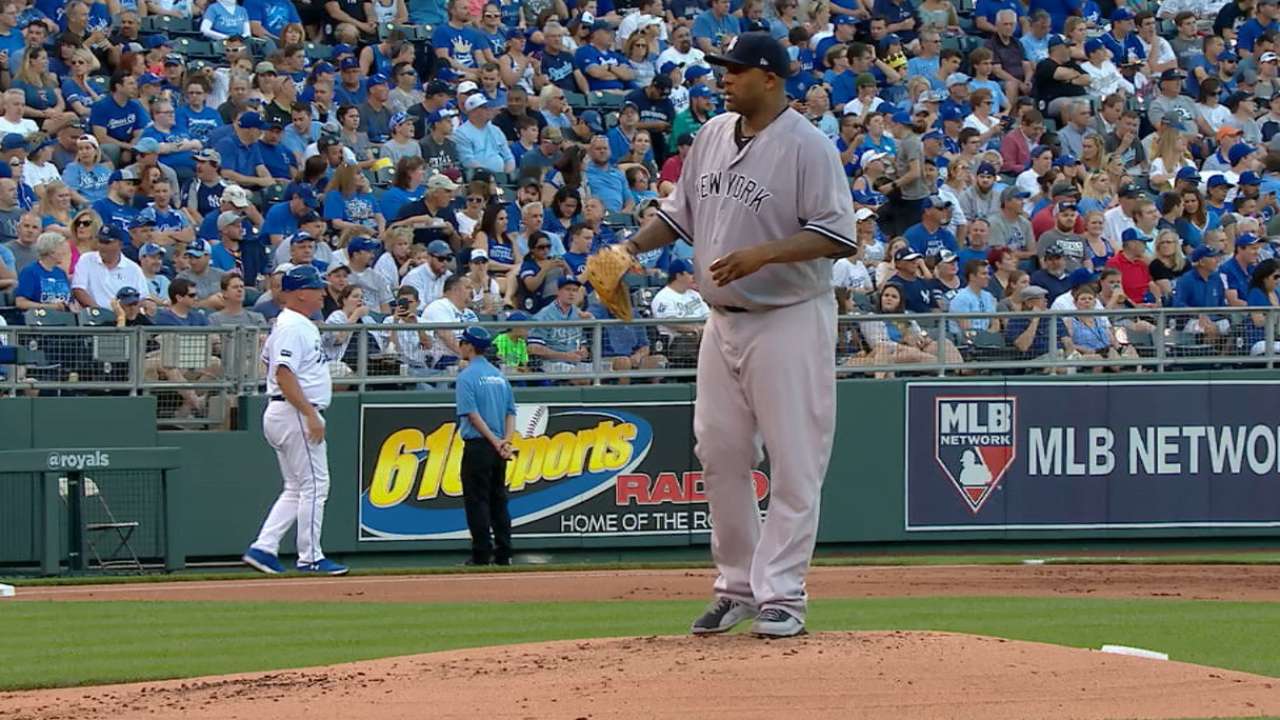