A house teetering on a cliff above Lake Ontario won’t be there for much longer. The owner of the Sodus Point home said he plans to demolish it next weekend.

The house sits on Lake Road, not far from Sodus Bay and the land underneath is quickly eroding because of high water levels. 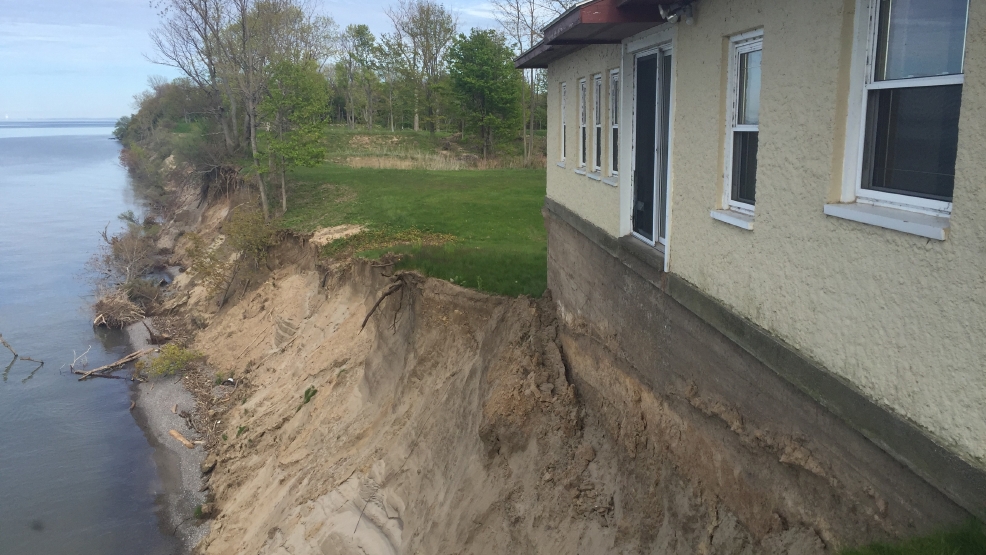 The erosion on this home’s backyard has been an ongoing process for the past two years, but all the way up against the foundation to the back door, just gave way within the last couple of weeks.

What appears to be a quiet, lake front property is now holding on to the edge of Lake Ontario’s shoreline.

Below is a video showing how Lake Ontario flooding became a reality for those living along the shore.

Rapid Rise: A video timeline of how Lake Ontario became so high, so fast…and so dangerous in just 2 months @spann @JimCantore @StormHour pic.twitter.com/LXuNa04kJS