Just a few miles north of Massena, the massive Moses-Saunders Dam stretches more than half a mile across the St. Lawrence River.

The dam’s 32 turbines produce power for both the U.S. and Canada, but it’s in the spotlight now because it’s part of the system that balances water — and flooding potential — between Lake Ontario and Montreal. It works in conjunction with the Iroquois Dam, about 28 miles upstream, where the lake empties into the river. 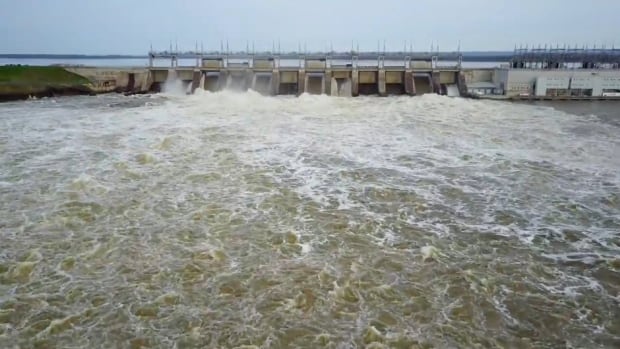 Heavy rains over the past six weeks in the 32,000-square-mile Lake Ontario basin have led to calls by New York to open the gates of the dam system and let more water flow out of Lake Ontario, where states of emergency have been declared and some houses teeter on the edge of eroded banks.

But farther downstream, rain in the Ottawa River basin has contributed to flooding in Montreal, which sits on an island in the middle of the St. Lawrence River. Thousands of people have been evacuated from Montreal and surrounding areas.