In his Wednesday update on the Geneva Foundry soil contamination situation, City Manager Matt Horn said remediation of the Jackson Street foundry site will be done in August.

Horn also said that the day before so-called 50-h hearings with property owners who filed notices of claim against the city were scheduled to start, the city was notified that the Smith Sovik law firm of Syracuse was withdrawing as counsel for the claimants, with two exceptions. 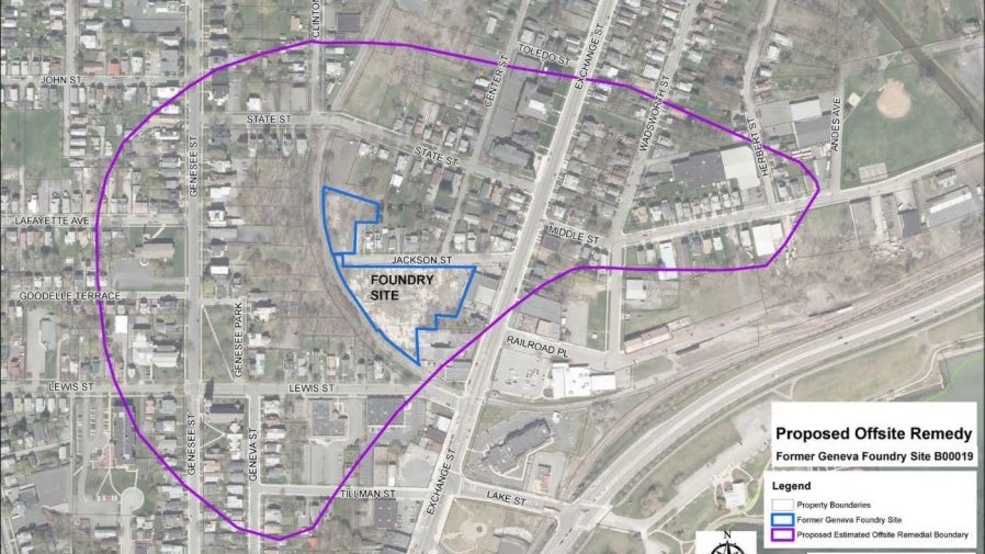 The hearings involve a person appearing under oath to answer questions posed by a lawyer or lawyers retained by the municipality prior to filing a lawsuit.

Horn said the law firm told the city to contact its clients directly to reschedule the 50-h hearings. As a result, the city will be sending new notices directly to the claimants next week to schedule those hearings.