Aaron Judge went deep twice to claim the Major League lead with 12 homers and Brett Gardner also hit a pair of dingers, powering the Yankees to an 11-5 victory over the Blue Jays on Tuesday evening at Yankee Stadium.

Judge claimed the American League lead with a solo shot in the third off Toronto starter Mat Latos, then muscled past Eric Thames and Ryan Zimmerman with homer No. 12, a three-run shot in the seventh off Jason Grilli. Gardner hit both homers off Latos, who was thumped for seven runs and 10 hits in four innings. 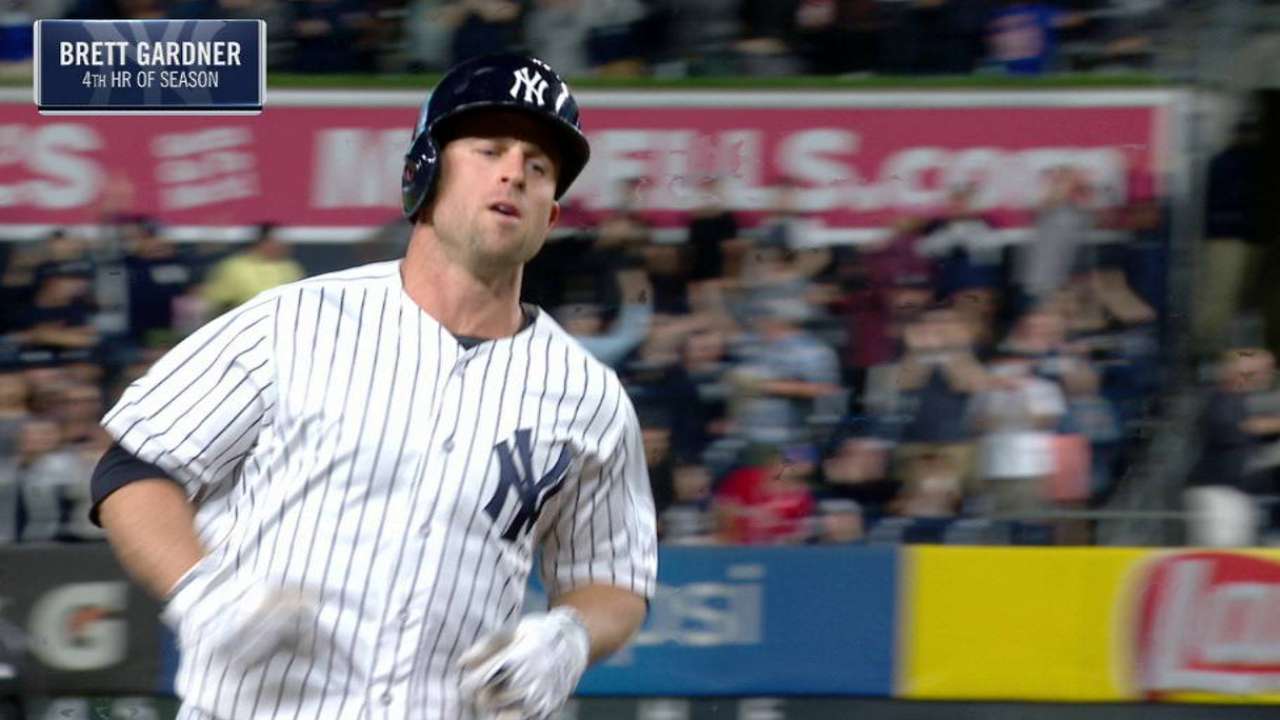