The Pirates committed three errors Friday night, but they were not undone by their defense. Unable to muster any offense as they were swept by the Cardinals in St. Louis, the Bucs powered their way to an early lead then took advantage of a critical seventh-inning error by Castro and beat the Yankees, 6-3, at PNC Park.

With two outs in the seventh and the Pirates clinging to a one-run lead, Andrew McCutchen hit a lazy popup into shallow right field. Starlin Castro settled under the ball, but it bounced out of his glove and found the outfield grass. Shortstop Jordy Mercer scored from first base, and David Freese singled home another valuable insurance run to give the Bucs a three-run edge over the Yankees’ dangerous lineup. 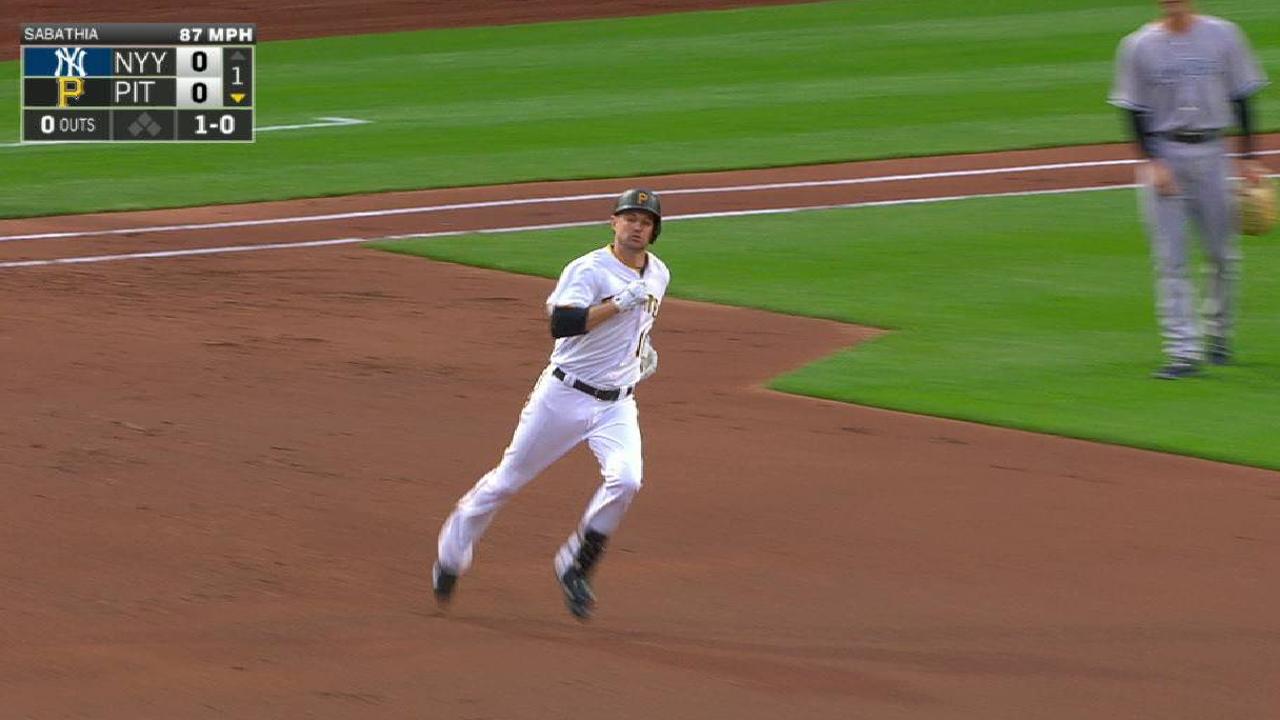