The Nationals and the Mets have exchanged the National League East title during the past three seasons and the two teams are the favorites in the division again in 2017. That increases the importance of their 19 matchups this season, the first of which required extra innings to decide Friday night’s game at Citi Field.

In his first at-bat in 10 games, Trea Turner drew a pinch-hit, four-pitch walk with the bases loaded in the 11th that allowed Bryce Harper to score the go-ahead run in a 4-3 Nationals victory. 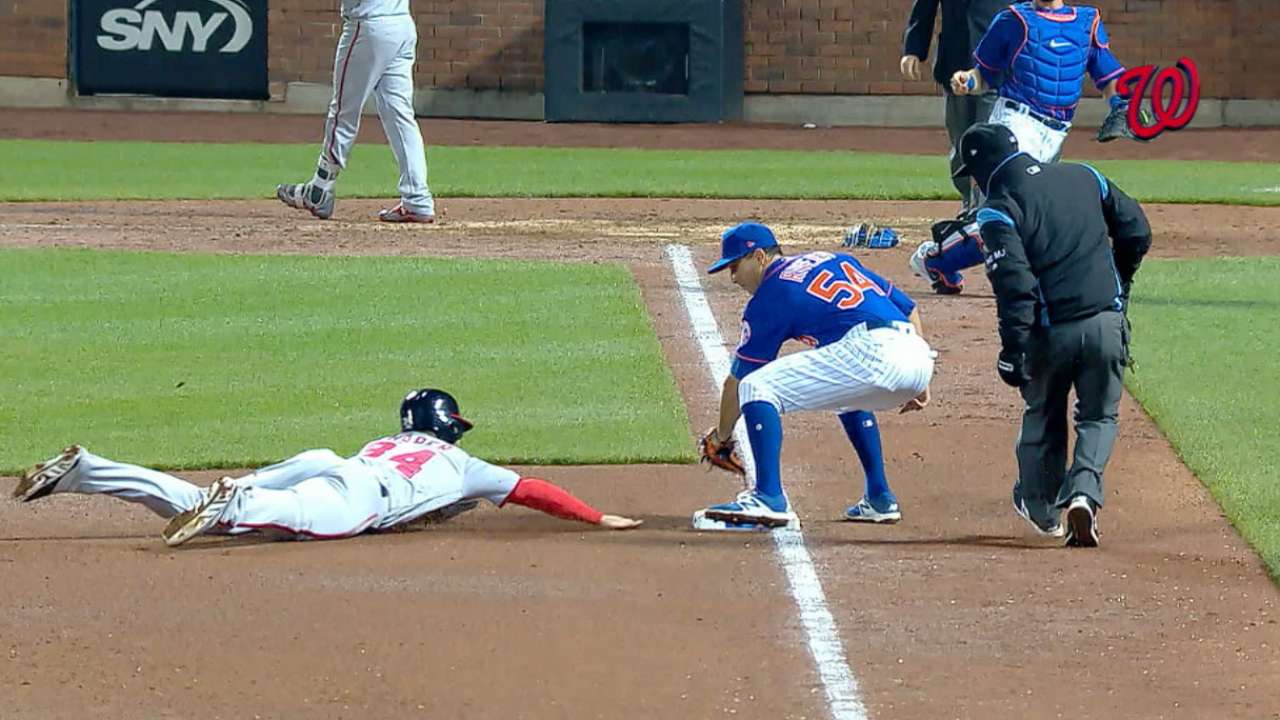