The Yankees combined tape-measure power with a Masahiro Tanaka gem to put the finishing touches on an impressive first homestand, breezing to a 9-1 victory over the White Sox on Wednesday night at Yankee Stadium.

Starlin Castro and Aaron Judge drew their teammates out of the dugout with back-to-back home runs in the fifth inning off rookie Dylan Covey, who was blasted for eight runs in five innings. Chase Headley and Aaron Hicks also homered for the surging Yanks, who have won nine of their last 10 games. 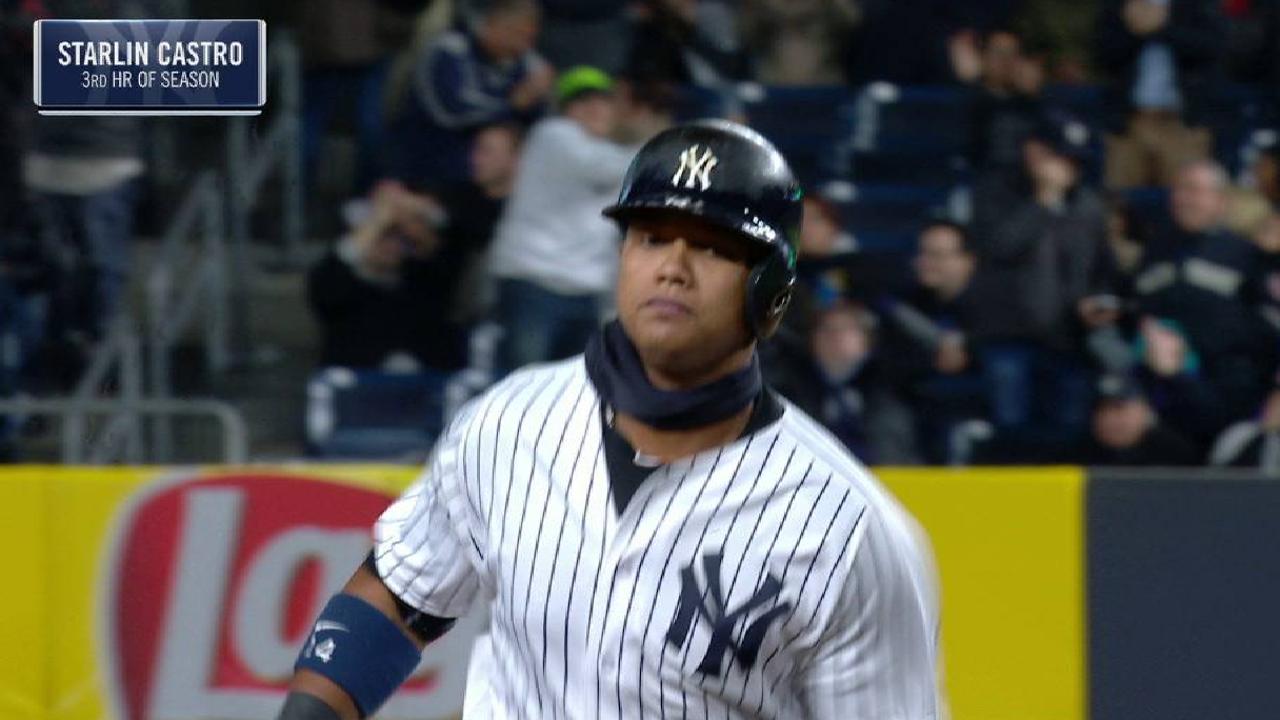