New York was one of the last states in the U.S. to enact a gas tax.

Generally speaking, the tax is used to serve those using the roadways. It means funding government services that take care of construction, maintenance, and other roadwork.

It’s the “benefit principle” at work.

However in 2013, gas taxes, tolls, and motor vehicle license fees covered just 41.4 percent of state and local road spending. That percentage is falling over time as state gas tax rates in many states are not indexed for inflation, so the revenue they accumulate has weaker purchasing power each year.

One unintended consequence of lower fuel tax revenue is that legislators are occasionally tempted to seek road funding from more growth-damaging taxes like income and sales taxes, whose payers may or may not be heavy users of roads.

States assess gas taxes in a variety of ways.

The American Petroleum Institute’s data above adjusts for these differences in the application of taxes and calculates the average tax rate on a gallon of fuel in each state for easy comparability.

Only Pennsylvania, Washington, and Hawaii rank ahead of New York using the cents per gallon measure to identify how much one pays toward this tax.

The figures also do not include a federal tax of 18.40 cents per gallon, which is tacked on top of the state gas tax.

It means the average motorist is paying more than 60 cents in tax per gallon of gas they get when filling up.

The question for our readers heading into vacation season: Does the price of gas drive your daily decision making when it comes to travel?

Let us know in the comments below or on our Facebook Page here. 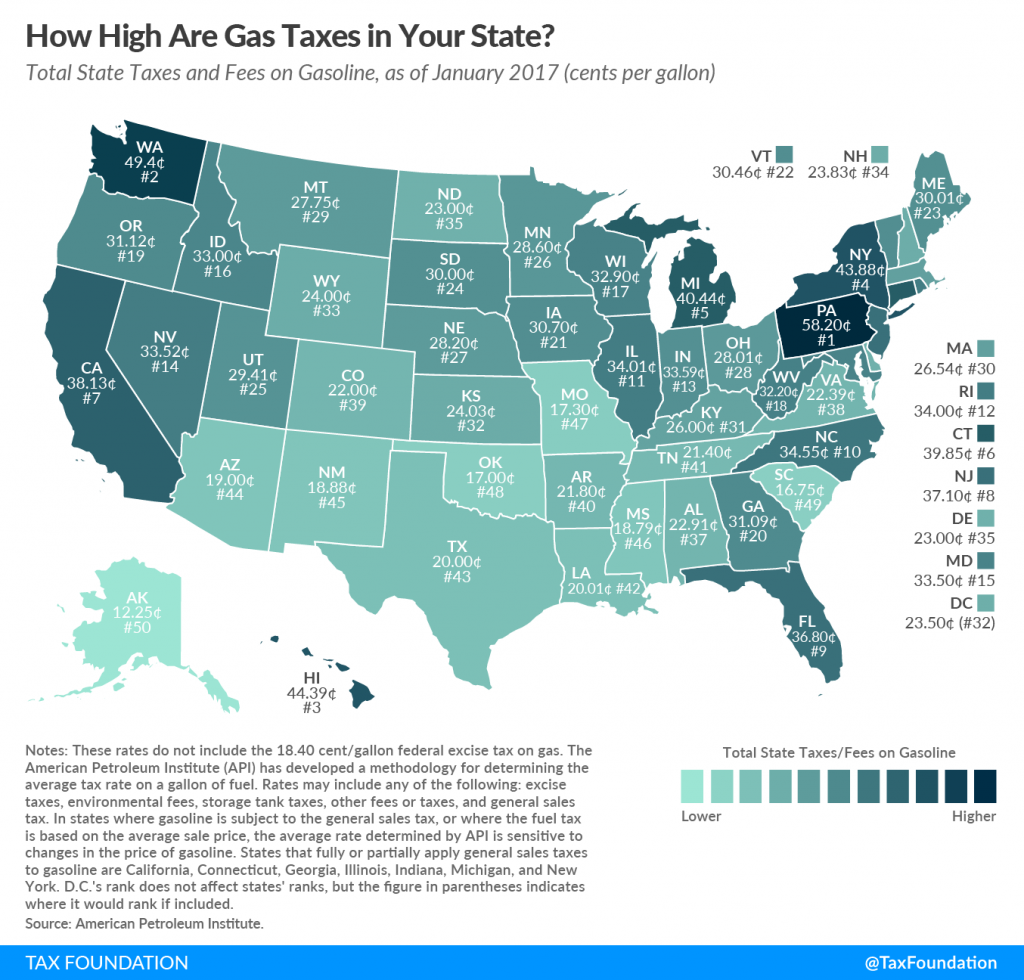