Syracuse sophomore Tyler Lydon has decided to enter his name in the 2017 NBA Draft. Lydon announced the decision via social media.

The 6-9 forward started all 34 games for the Orange this season and ranked second in scoring average (13.2) and first in rebound average (8.6). He also led Syracuse in blocked shots (49) and finished second in minutes-played average (36.1).

– Tyler Lydon isn’t the only one leaving (ACC offseason gets off to fast start) (Syracuse.com)
– Tyler Lydon tweets he will officially enter 2017 NBA Draft (WSYR) 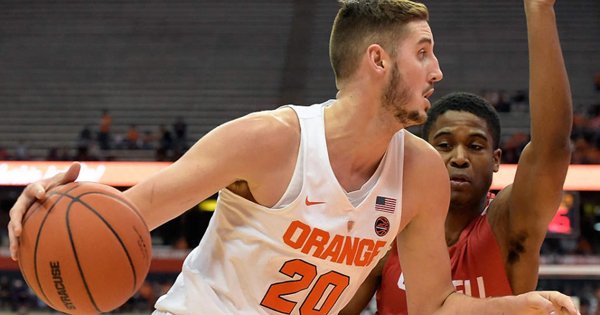