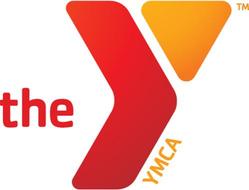 Bring on the ice, cold and the snow! It’s the third annual Finger Lakes Frost Fest at the Geneva Lakefront Ramada Hotel on February 4, 2017. An adult celebration of winter in the Finger Lakes, along the shores of Seneca Lake, Frost Fest 2017 features: outdoor ice sculptures, ice bars with specialty Frost Fest Martinis poured through an ice luge, live music, indoor food tastings, shuttle service to and from downtown parking areas to the event and a spectacular fireworks display from the City pier. It’s the winter event of the season.

Geneva YMCA Program Director Mary Bakogiannis said, “Last two years, Frost Festival sold out a week before the event and we received so much positive feedback from the attendees about how well done it was. Tickets are already selling quickly for this year’s event. Frost Fest is both outside and inside the Ramada. Many braved the elements the last two years and we had plenty of food and tastings inside. Frost Fest 2017 is going to be even better so people should get their ticket now.”

“Each year we have this event, we get better at giving attendees the very best value for their ticket”, said Charlie Evangelista, Executive Director of the Geneva YMCA. “The ice sculptures are the stars of Frost Fest and this is the earliest we have secured sponsors to underwrite the thousands of dollars it costs to have the ice sculptures. Last year we had a giant bar made out of ice, a full size polar bar, a picture frame and a large throne made out of ice. We look forward to partnering with the Lakefront Ramada for the third year in a row and they are working hard at giving us a great night including offering a discounted room rate only for people attending Frost Fest.”

Tickets are $25.00 and can be purchased at the Geneva YMCA or on www.brownpapertickets.com. Sponsorship opportunities are limited with sponsors having their company logo etched in one of eight sculptures, tickets to the event, complimentary martinis, and T-shirts. Call the Y at 789 1616 with questions and to sponsor Frost Fest 2017.