A busy Friday night in Wayne-Finger Lakes boys basketball that saw East Rochester Coach Mark Michele win his 300th game. Also, Clyde-Savannah survives in a double-overtime shootout, Gananda picks up a convincing win, and the first round of the Hall of Fame Classic was completed in Waterloo with Lyons and Weesport advancing to Saturday night’s final. Full results are below… 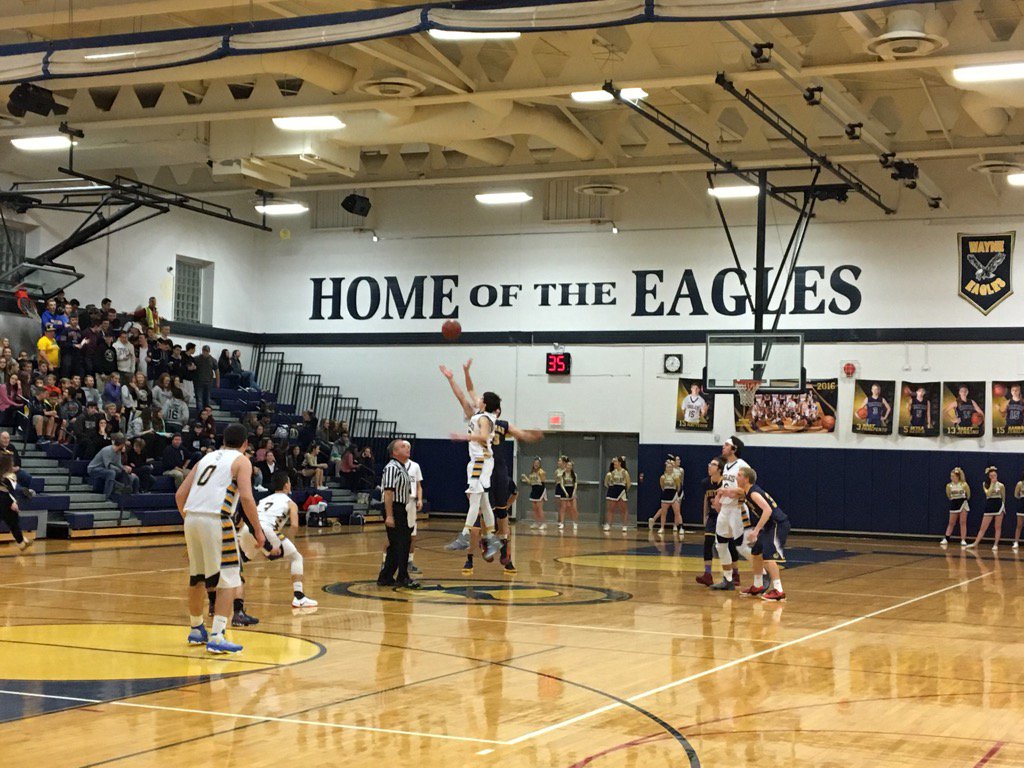 Wayne tips off their season vs. Marcus Whitman on Friday night in Ontario (@WCSD_Athletics)

Saturday night’s consolation and championship games at the Hall of Fame Classic along with Newark vs. Jamesville-Dewitt will be streamed live on FingerLakes1.com beginning at 3:50 pm.

* On Thursday night we reported that Tyler Norris of North Rose-Wolcott scored his 1,000th career point in their win over Sodus. That was incorrect. Norris currently stands at 998 career points through Thursday night’s Cougar win.

Congrats to our Varsity Boys Basketball team on their double OT win over World Of Inquiry 97-89. #CSAthletics #CSRocks #BeMoreEagle

With the victory over Vertus it was Coach Mark Michele’s 300th win!

so proud of the splash bros https://t.co/kRD733iHKa