The 2016 regular season for Cornell men’s hockey will begin with a road-heavy opening set of games this year, starting with a trip to North Andover, Mass. to take on Merrimack College in what has been a widely anticipated match up for players and fans alike.

“I think we got some rust out last weekend against UOIT and Brock and I think there is a lot of excitement around the rink,” said senior alternate captain and defenseman Patrick McCarron.

The team appeared to be on firing on all cylinders in two preseason matchups, which included a 3-1 victory over UOIT and an 8-1 win over Brock after the team outshot its Canadian opponents 84-28. 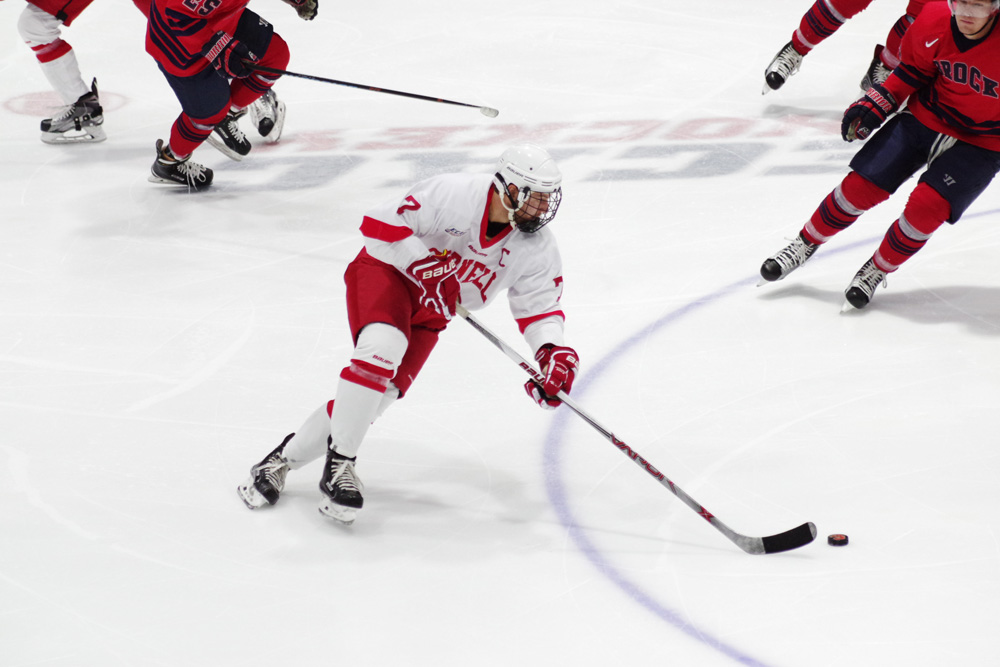