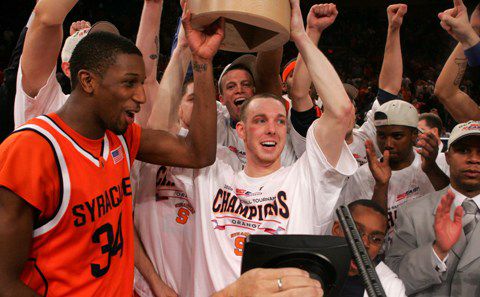 The NCAA’s order that Syracuse’s men’s basketball team must vacate 101 wins has cost the team every win in two different seasons and at least one Big East title, Syracuse.com has learned.

When the NCAA concluded its lengthy investigation into the Syracuse University athletics program in March of 2015, the Committee on Infractions levied several sanctions. One of those sanctions mandated that the university vacate 101 men’s basketball wins that occurred in five different seasons and make note of them in published materials.

On Monday, an NCAA official confirmed Syracuse’s win-loss records in each of those seasons.  Read More