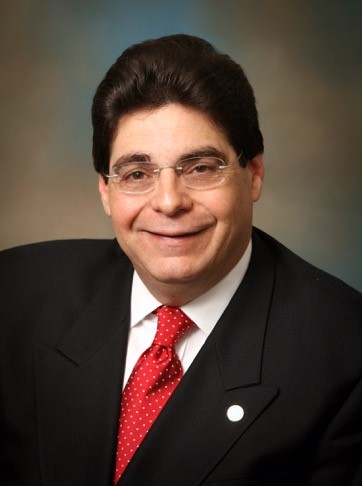 Dr. Thomas R. De Vita, chair of the Board of Trustees of New York Chiropractic College announced today that President Frank J. Nicchi, DC, MS will retire on August 31, 2017 after 36 years of service to New York Chiropractic College, with the last 17 as president. Under his leadership, the College evolved from a single-purpose college preparing doctors of chiropractic, to become a premier institution for the education and training of natural healthcare professionals and academicians.

Dr. Nicchi earned his Baccalaureate degree from St. John’s University (NY) in 1973, his Doctor of Chiropractic degree from New York Chiropractic College in 1978, and a Master of Science degree in management (with honors) at Roberts Wesleyan College in 2005. He has been a member of the faculty of New York Chiropractic College since 1980, instructing clinical diagnosis and chiropractic technique and serving as a clinician at the College’s outpatient health center in Levittown. He maintains the faculty rank of professor in the Department of Chiropractic Clinical Sciences. Prior to his appointment as president, Dr. Nicchi served as dean of Continuing Education and was a prominent postgraduate seminar and conference lecturer. Additionally, he maintained a chiropractic private practice in New York State for some 20 years.

Highlights of Dr. Nicchi’s presidency include the addition of master’s degree programs in Acupuncture, Acupuncture and Oriental Medicine, Applied Clinical Nutrition, Human Anatomy and Physiology Instruction, Clinical Anatomy, and Diagnostic Imaging; as well as a Bachelor of Professional Studies in life sciences. Dr. Thomas R. De Vita, chair of the Board of Trustees of the College noted, “Dr. Nicchi will be greatly missed, but we know that he has left the College perfectly positioned for the transition and for an extraordinary future. The Board has been impressed with his vision, and credits his outstanding leadership for the College’s achievement in being named a Great College to Work for by the Chronicle of Higher Education, not once, but for eight consecutive years. In seven of those years, the College was also selected for the prestigious Honor Roll.” Speaking on behalf of the Board, Dr. De Vita extended heartfelt wishes to Dr. Nicchi for a long, healthy, and happy retirement.

Dr. Nicchi has served as president of the Association of Chiropractic Colleges (ACC), a consortium of all accredited chiropractic educational programs in North America, and as a board member of the Academic Consortium for Complementary and Alternative Health Care (ACCAHC). His work in these and other national roles has earned him the respect of his colleagues around the country and the world for his many contributions to the advancement of the chiropractic profession.

Asked to reflect on his presidency, Dr. Nicchi expressed particular satisfaction in NYCC’s success in expanding academic offerings and providing unique, integrated clinical opportunities for students through academic affiliations with the Veterans Administration and other diverse health care venues. “As one who embraces the concept of servant leadership, it’s often my role to support the work of others, facilitating processes and providing resources. It’s essential that people have an opportunity to contribute and feel appreciated,” he said. His influence is clear in the College’s dedication to continuous quality improvement and its emphasis on excellence.

Accolades regarding Dr. Nicchi’s achievements and legacy as president have been received from members of the New York Chiropractic College community and professional colleagues.

Dr. Lisa Bloom, who served as president of the Faculty Senate at the time Dr. Nicchi was selected as president reflected, “Dr. Nicchi’s effectiveness as president of NYCC has stemmed not only from his personal attributes as a leader, but also his years of service to the institution, which began as a graduate and faculty member. As a remaining member of the original selection committee that participated in hiring Dr. Nicchi, I can say without reservation and with heartfelt gratitude that I have been honored to serve under his tenure as president and that the institution has surged forward under his leadership.”

“We owe Dr. Nicchi a tremendous debt of gratitude for his dedication, diligence, and vision in serving as our president,” noted Dr. Michael Mestan, executive vice president and provost.  “Through his experiences as an alumnus, private practitioner, and faculty member, he has been successful in growing the reputation of the College while fostering a meaningful and rewarding experience that enriched all our lives.”

David O’Bryon, president of the Association of Chiropractic Colleges (ACC) considers Dr. Nicchi a great friend and mentor. Reflecting on his role in the ACC, O’Bryon noted, “Dr. Nicchi has been an extraordinary leader, speaking out for the College, the educational community and the profession. He has served the ACC in every leadership capacity that we have and his sage council will be sorely missed. Frank is known for his incredible integrity and has always been the go-to leader when tough issues are brought before us. It has been an honor for all of us to have worked with him.”

NYCC Provost Emeritus and current Trustee, Dr. Lance Blackshaw, when asked to characterize Dr. Nicchi’s presidency stated, “Frank has consistently demonstrated an ability to make sound decisions based on stakeholder input and his own rigorous analyses of issues, coupled with a passion for ensuring the College’s and students’ best interests were being served. An individual of unquestioned integrity, he has earned the respect of his peers by being a compassionate, collaborative academic leader and natural health care advocate.”