Throughout the region, drought has challenged residents, farmers, business owners and wildlife as an unusually dry weather pattern has made this summer among the driest on record for a vast majority of the Finger Lakes.

Ithaca is nearing a breaking point, as their water supply is dangerously low – prompting city officials to release a statement on Wednesday, asking residents, business owners, and others in the city to conserve water.

While some beneficial rain was felt earlier this week – it did little to challenge the drought conditions felt throughout the region. 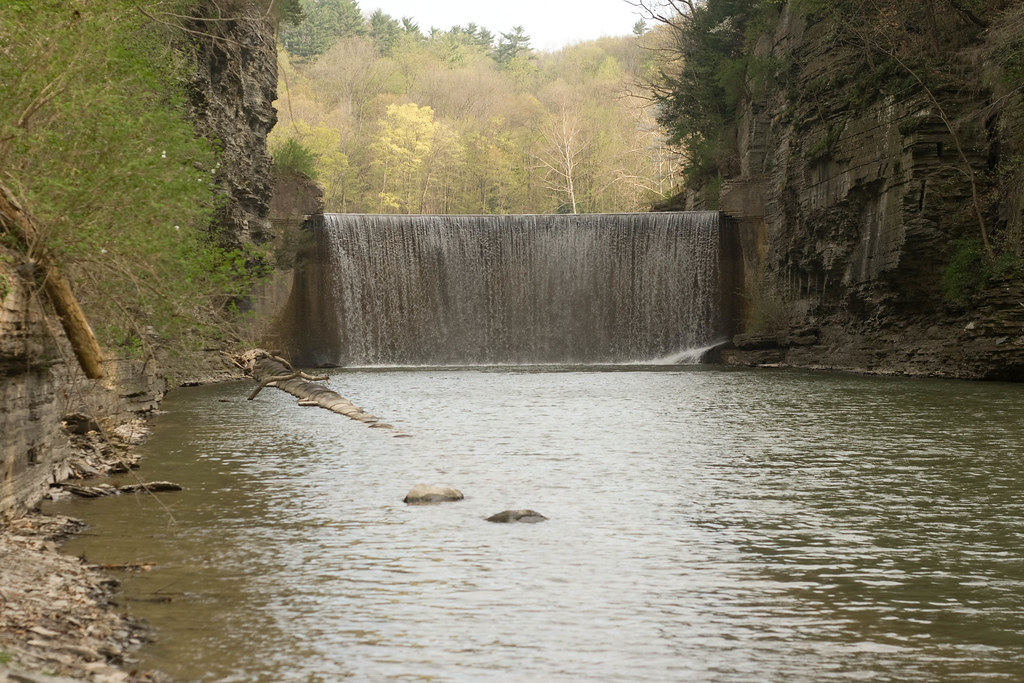 Statement from City of Ithaca:

“The City of Ithaca water supply is critically low due to the severe drought conditions in the Finger Lakes region, and the Tompkins County Health Department issued a Water Conservation Advisory last Thursday. Water has been flowing down Six Mile Creek into the reservoir at a lower rate than water is being drawn into the City’s water treatment system. As a result, the water level in the reservoir has been dropping.

At current water consumption rates, the City could drain the reservoir within the next 30 days if there is not significant rainfall and/or a significant reduction in consumption. Bolton Point is supplying water to both the City of Ithaca and Cornell University water systems, but has reached its filtering capacity and cannot supply additional water at this time.

The City of Ithaca is now asking every resident and business to voluntarily conserve water until normal rainfall patterns resume. At least one other city in New York State calling for voluntary conservation saw reductions up to 50%. The City of Ithaca is hopeful that we can match or exceed that level of reduction, though we will have to impose mandatory restrictions if conditions do not improve quickly.

The City is simultaneously exploring other options and is in discussions with Tompkins County and the other water systems to develop contingency plans.

Here is what everyone can do to conserve water:

In addition to conserving a critical natural resource, you may also see a savings in your quarterly water and sewer bill.

Here are additional steps that businesses can take:

Here is what the City will be doing:

The City continues to experience problems with discolored water, which is a direct result of the low flows in Six Mile Creek. Water plant staff are continuing to adjust levels of sodium permanganate and corrosion inhibitor in the water supply to reduce the amount of discoloration. The City has been flushing water from hydrants to clear the discoloration in response to complaints, and will continue to do so as needed. The City also has some hydrants flowing continuously at the ends of the water mains to maintain the required levels of chlorine in the system. This will be reduced or eliminated as soon as possible. In the meantime, we will be exploring ways to capture that water and use it for irrigation or other uses.

Questions can be forwarded to Dan Cogan, Chief of Staff at dcogan@cityofithaca.org.

The Cornell University water system, which pulls water from Fall Creek near the Cornell Plantations, is having similar problems. They issued a limited water advisory in early July asking customers to limit water use, but the situation has only gotten more serious for their system in the last three weeks.

Typical flows in Six Mile Creek for this time of year are 14 to 20 cubic feet per second (cfs). However, the flow rate has been far below typical for the past two months, and the flow rate into the reservoir dropped below the critical level of 4 cfs last week, which is the amount that we are withdrawing from the reservoir. The rainfall on Monday temporarily increased the flow above the critical level, but it is expected to again drop below 4 cfs again by the end of this week, which means that the level in the reservoir will again start to drop. The forecast for the next ten days is for less than an inch of rainfall.”

READ MORE about Ithaca water shortage from the Ithaca Voice.