District Attorney Budelmann announced today that Cory M. Pilcher, DOB 1/18/1989, was sentenced to a Determinate term of six and one-half (6.5) years in Prison followed by three (3) years of Post Release Supervision. As District Attorney our first priority is obviously prosecuting violent crime. Over the two dozen years I have been prosecuting such crimes, this case stands out among the most violent. The victim was a nine-year-old child whose care had been entrusted to the defendant and the defendant’s girlfriend (the mother of the defendant’s three-year-old child) As detailed in the defendant’s video-recorded confession, this 290-pound, five-foot-eleven-inch tall, 26-year-old man picked up the forty-pound nine-year-old victim, raised the victim’s body over his head, and then violently slammed the child to the floor with all his strength. This impact resulted in a serious physical injury, consisting of a closed traumatic brain injury, to the young child that required surgical intervention to save his life. The defendant then moved the child’s motionless body outside on the lawn and stood back awaiting first responders. The defendant initially denied the abuse, but subsequently admitted he had done this violence to the child. The child underwent emergency surgery to open his skull and allow the bleeding and swelling to expand. He spent approximately seventeen (17) days in the hospital before returning to his family. Within the past month, the child had to have reconstructive surgery (now that the brain swelling has subsided) to correct some of the emergency measures taken to save his life. The child is recovering well and is with his family. 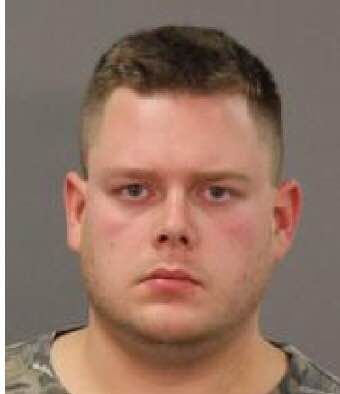 BACKGROUND: The Assault took place on November 29, 2015 at approximately 1:00 pm at 39 Second Drive in the Town of Brutus Cayuga County. The defendant waived indictment and plead guilty to the top charge back on April 5, 2016. At that time he waived appellate review of the conviction. The defendant had earlier waived his preliminary felony hearing rights in early December (3), 2015 and has remained incarcerated throughout at the Cayuga County Jail. He will be transferred to NYS DOCCS custody shortly.