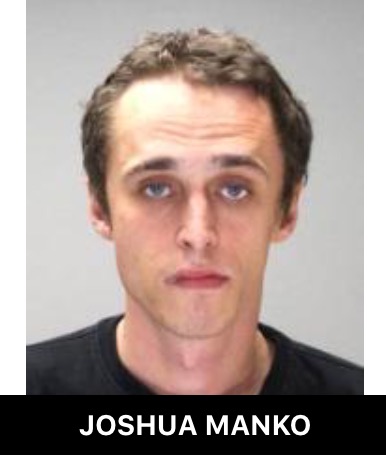 The Ontario County Sheriff’s Office reports that a Waterloo man was arrested on a variety of charges on Wednesday after fleeing deputies when they attempted to make a routine traffic stop.Joshua W. Manko, 30, of Waterloo was charged with endangering the welfare of a child in the second degree, and aggravated unlicensed operator in the third degree. Deputies attempted to stop Menko for excessive speed in a speed zone, but he fled police while two children were inside his vehicle.His license had been revoked due to prior DWI convictions. Deputies say he eluded police through several roads in the City of Canandaigua until he stopped in the parking lot of the Villager. The two children inside his vehicle at the time of the incident were uninjured. Manko was remanded to the Ontario County Jail in lieu of $5,000 cash bail or $10,000 insurance bond. He will appear in Canandaigua City Court at a later date to answer the charges.