Nearby St. John Fisher College in Rochester, N.Y., has proven to be a hotbed for talent for the Newark Pilots over the years, producing the likes of two-time Perfect Game Collegiate Baseball League (PGCBL) All-Star Justin D’Amato, fellow 2011 PGCBL Champion Sean Osterman, 2012 All-Star Ben Bostick, and Cody Wiktorski, a 2015 All-PGCBL First Teamer.The Pilots will once again tap into the Fisher pipeline in 2016 with the addition of Cardinals first baseman Scott Eisenmenger. 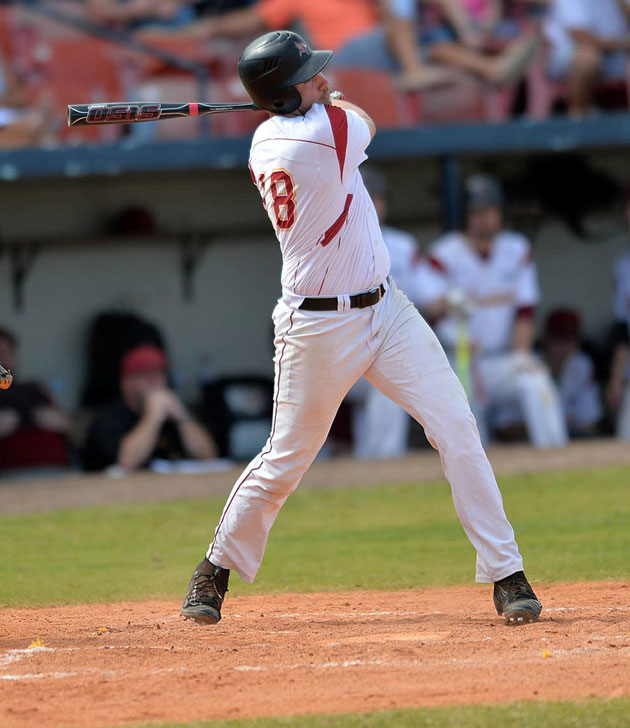 The bulky 6-foot-4, 235-pound sophomore is coming off of a banner freshman season that resulted in both Empire 8 Conference and D3baseball.com New York Region Rookie of the Year awards. He also picked up D3baseball.com and American Baseball Coaches Association (ABCA)/Rawlings Second-Team All-New York Region honors.In 2015, Eisenmenger paced the Cardinals and the Empire 8 Conference with eight home runs and a .616 slugging percentage, and was tied for the league lead with 55 hits. He also led Fisher with a .418 on-base percentage, while his .364 batting average was second on the team. Through the first 14 games of his sophomore campaign, Eisenmenger is batting .255 with three doubles, three homers, 10 runs scored and nine RBIs.The Hilton, N.Y., native was a two-time All-Greater Rochester and All-New York State honoree at Hilton High School. Eisenmenger was crowned the Monroe County West Player of the Year as a junior in 2013, the same year the accomplished high school pitcher led the Cadets to the Monroe Country West Division Championship with a complete game and six strikeouts on the mound against Greece Athena High School. Eisenmenger hit .524 with two homers and 26 RBIs in his final season at Hilton.The Newark Pilots open the 2016 PGCBL season on Wednesday, June 1, on the road against the Jammers of Jamestown. The home opener at historic Colburn Park is scheduled for Friday, June 3, at 7:05 p.m. against the Geneva Red Wings. For more information and to purchase season tickets, please contact team president Leslie Ohmann at 315-576-6710 or newarkpilots@gmail.com.