This year marks the 45th anniversary of the 1971 film, Willy Wonka & the Chocolate Factory, a musical fantasy film starring Gene Wilder as Willy Wonka.Based on the 1964 novel Charlie and the Chocolate Factory by Roald Dahl the story centers on young Charlie Bucket who wins a Golden Ticket to visit Willy Wonka’s chocolate factory along with four other children from around the world.Seneca Community Players have issued a virtual Golden Ticket to residents of Seneca County and surrounding areas to come and meet Peter Ostrum, who portrayed Charlie Bucket in the film at a Willy Wonka themed, press release party at the Gould Hotel in Seneca Falls on Thursday, April 21, 2016. 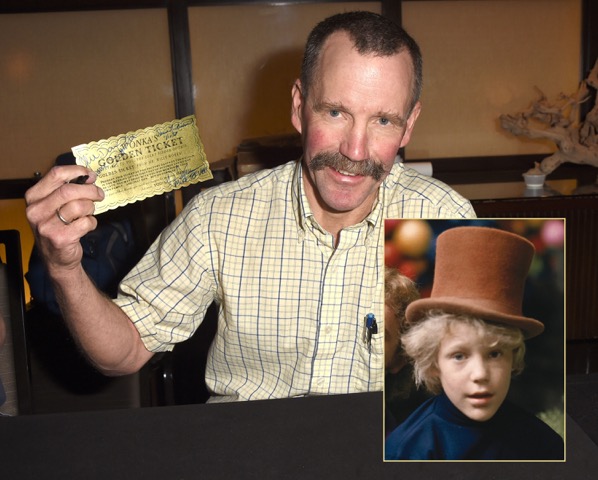 Doors will open at 6 pm, and attendees will be invited to enjoy a chocolate buffet donated by local businesses. Peter Ostrum will give a presentation followed by a brief question and answer session, after which he will be available for autographs and photos with a suggested donation of $5 for Seneca Community Players. There is no charge to attend the event. Ostrum’s appearance will kickoff SCP’s upcoming Auction Theater event of May 13, when all roles for the musical production of Roald Dahl’s Willy Wonka scheduled to be presented July 15-17, will be auctioned. The highest bidders win the roles!For more information concerning Peter Ostrum’s appearance, or how to participate in the Theatre Auction, contact Susie Cornett at 315-967-3SCP. Or visit Facebook – Seneca Community Players Auction Theatre for a chance to win free tickets to see SCP’s musical production Willy Wonka.