Newark Mayor Jonathan Taylor was involved in a two-car accident late in February, which resulted in multiple parties being sent to the hospital. The Ontario County Sheriff’s Office reports that on February 25th at approximately 5:33 pm deputies, Clifton Springs Fire, Phelps Ambulance and Finger Lakes Ambulance all responded to State Route 488 and Schroo Road for the report of an accident involving two vehicles. 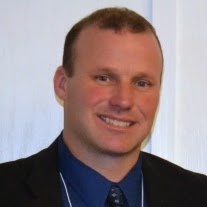 Isaac Fremouw was traveling north on State Route 488 in a 2001 Toyota Corolla, 19, of Clifton Springs when he lost control of the vehicle and struck Jonathan Taylor, 45, of Newark who was operating a 2007 Chevrolet Impala. A 17-year-old passenger was in Fremouw’s vehicle at the time of the accident, as well.Both Freemouw and the passenger were transported to Clifton Springs Hospital. Taylor was transported to Newark Wayne Hospital to be evaluated. Upon further investigation Isaac Fremouw was arrested for driving while ability impaired by drugs. He was also cited for unsafe speed and failure to keep right.FingerLakes1.com has reached out to the Mayor’s office for comment and will update this story as more information becomes available.