Skip to content
»
Home > Uncategorized > Celtic Music to be performed at Episcopal Church in Willard.

People with be thinking of St. Patrick’s Day as the third concert of this sea­son’s Lake Country Hometown Music Series at Christ Episcopal Church in Willard will feature the Irish session band, Sé Leigheas. The concert will take place on Saturday, February 27th at 6 pm in the church at 1392 Main Street in Willard. The concert is free thanks to a grant from the Delavan Foundation and will be followed by a reception in the Parish Hall. Sé Leigheas is an Irish Session band that started in 2012 with 3 members (2 fiddles and a guitar). Since then it has grown to 8 steady members (4 fiddles, 2 1/2 guitars, concertina, and mandolin), including former and pre­sent members of the South Seneca School staff. They meet for weekly ses­sions on the West side of Ithaca and play a wide assortment of jigs, reels, marches, airs, and songs from the Emerald Isle and other Celtic Na­tions. Sé Leigheas comes from the Irish proverb ‘Sé leigheas na póite ól arís which translates roughly to “It is the cure of a hangover (to) drink again”, or colloquially, “The hair of the dog that bit you”. Sláinte (cheers)! “We thought that nothing could better warm a cold February night than some good Celtic music.” stated Averell Bauder, the Warden of the Vestry at Christ Church. “Two of the members of Sé Leigheas, Mindy Fitzsimmons and Tamis Kaplan are connected with the school district and simply points out again the talent we have in the area. It isn’t St. Patrick’s Day quite yet, but we hope this concert will put everyone in the mood and they will be able to join us on February 27th.” 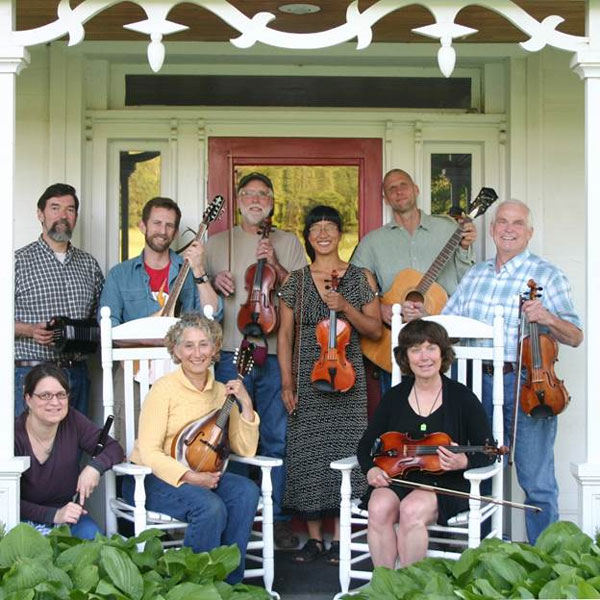 Made possible through a grant from the Nelson P. Delavan Foundation, The Lake Country Hometown Music Series at Christ Episcopal Church showcases local musical artists to draw people to Willard for an evening of commu­nity/family entertainment. Christ Episcopal Church traces its roots to the 1880s and the growth of the Willard Psychiatric Hospital. The building on Main Street across from the hos­pital grounds dates from 1896. It holds Sunday services weekly at 9:30 AM and can be found on Facebook (WillardChristEpiscopalChurch). For further information on the series or the church please contact Ave Bauder at 607-896-9819 or Bauder@cornell.edu.