Chief Stephen DeChick of the Ontario County Office of Sheriff’s has been named the winner of the New York State Sheriffs’ Association Institute 2016 Emergency Communicators Award. Ontario County Sheriff Phil Povero nominated Chief DeChick for the award.The Emergency Communicators Award was established by the Sheriffs’ Institute in 2004 to honor emergency communicators who have exhibited an exceptional degree of dedication and commitment to the professional fulfillment of the difficult duties of the Sheriff’s Office in operating an emergency communications center.Over fifteen years ago, Ontario County government began the process of a major upgrade to their 911 Emergency Communications System. This 20 million dollar project included new radio and telephone public safety equipment, new external radio infrastructures, new frequencies and new office space. It was an extremely complicated and technical challenge. Then Sergeant Stephen DeChick was assigned the lead role in the capital project. 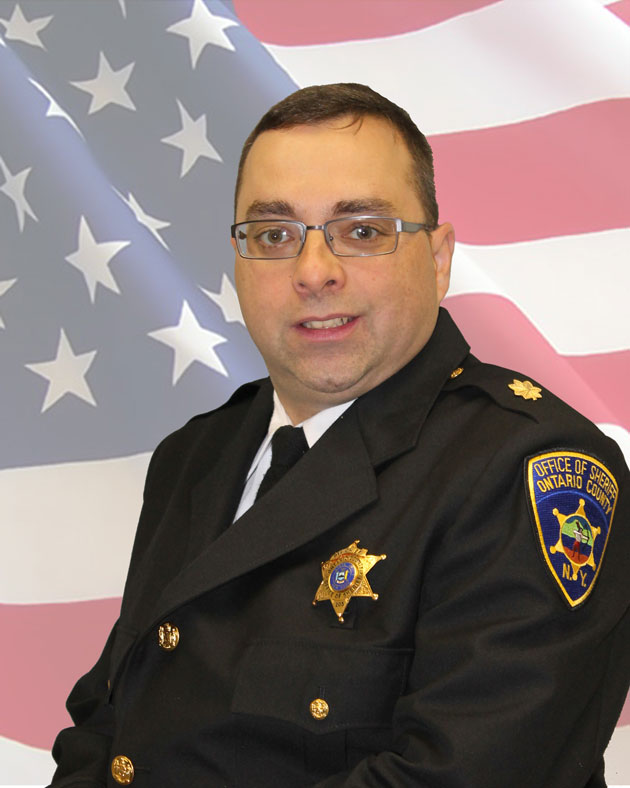 During this process, in 2011, Stephen DeChick was promoted to Chief Dispatcher. Along with the day-to-day responsibilities facing Chief DeChick, he moved into the lead role for developing the entire project. He worked tirelessly, often seven days a week, with County Planning, Finance, engineers, phone companies, law enforcement, fire departments and the 911 dispatch center staff to bring this massive project to fruition in October of 2013. The end result was one of the finest emergency communication centers in the country.In 2014, the City of Geneva decided to discontinue its Public Safety answering point and transfer all emergency telephone and radio communications to the Sheriff’s Dispatch Center. The planning and implementation of this transfer was successfully led by Chief DeChick.Sheriff Povero said of Chief DeChick, “the challenge of complicated, technical and multi-agency projects and services is something Chief DeChick has met with enormous success and positive results.”