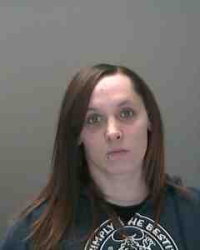 Snyder is accused of leaving the scene of a property damage accident on Fall Street, where it is alleged that she struck a speed limit sign. She left the scene in her vehicle and was located at the Seneca County Office Building at 1 DiPronio Drive, where she was taken into custody without incident.Snyder was arraigned in Seneca Falls Town Court and remanded to the Seneca County Correctional Facility in lieu of $500 cash bail, or $1,000 insurance bond. She will reappear on February 29th at 6:00 pm in Seneca Falls Town Court to answer the charges.