The Seneca County Army Depot, which has been at the center of intense debate about it’s future, took center stage again last night. The board of supervisors planning, development, agriculture and tourism committee voted 3-2 on a resolution, which would give the depot to Seneca County. A board vote will now take place on February 9th to determine whether a transition in ownership from the Seneca County IDA to the county itself should happen.Stephen Churchill, who introduced the motion, is the chairman of the committee.The IDA took control of the Seneca Army Depot 15 years ago. Seneca County Board member Cindy Lorenzetti expressed her concerns about the move, pointing out that it would interrupt a public bidding process that is already underway and being overseen by the IDA.Churchill had said before Tuesday’s meeting that he did not expect there to be any additional cost to taxpayers in Seneca County for the transaction to take place. Lorenzetti went on to point out that the IDA has been working with organizations like Seneca White Deer, which would ensure that the environment, as well as tourism are taken seriously throughout the process. In speaking with FingerLakes1.com Lorenzetti, who is a board member of the Seneca County IDA pointed out that the decision the process to sell the Seneca Army Depot would not be rushed. “The process was not put together haphazardly,” she told us on Wednesday afternoon.She went on to point out that the bidding process should be allowed to run it’s course. Lorenzetti said, “Let the bid process take place. We can have a join meeting between the IDA and the Seneca County Board of Supervisors.”This meeting is something that previously hadn’t been talked about, but now that the two sides are seemingly competing for control over the future of the depot — it could become a necessity.Lorenzetti highlighted the four important parts of this process. She said, “It’s not about who offers the most money.” She pointed out that it’s about job creation, whether the entity or indiviudal would need a PILOT agreement, how the proposal fits in with the vision of the Finger Lakes, and that the IDA is not in a rush to make a move.Lorenzetti and Bob Shipley of Waterloo were the two committee members who voted against Churchill’s motion. Those who voted in favor of the motion included Greg Lazzaro, Paul Kronenwetter and Stephen Churchill. Churchill told FingerLakes1.com that introducing the county to the process was crucial to ensure that the public has a say in what happens at the depot next. He said in part, “I’ve always believed that a vast majority of the public just assume that someone is taking care of the white deer, and that couldn’t be any further from the truth.” 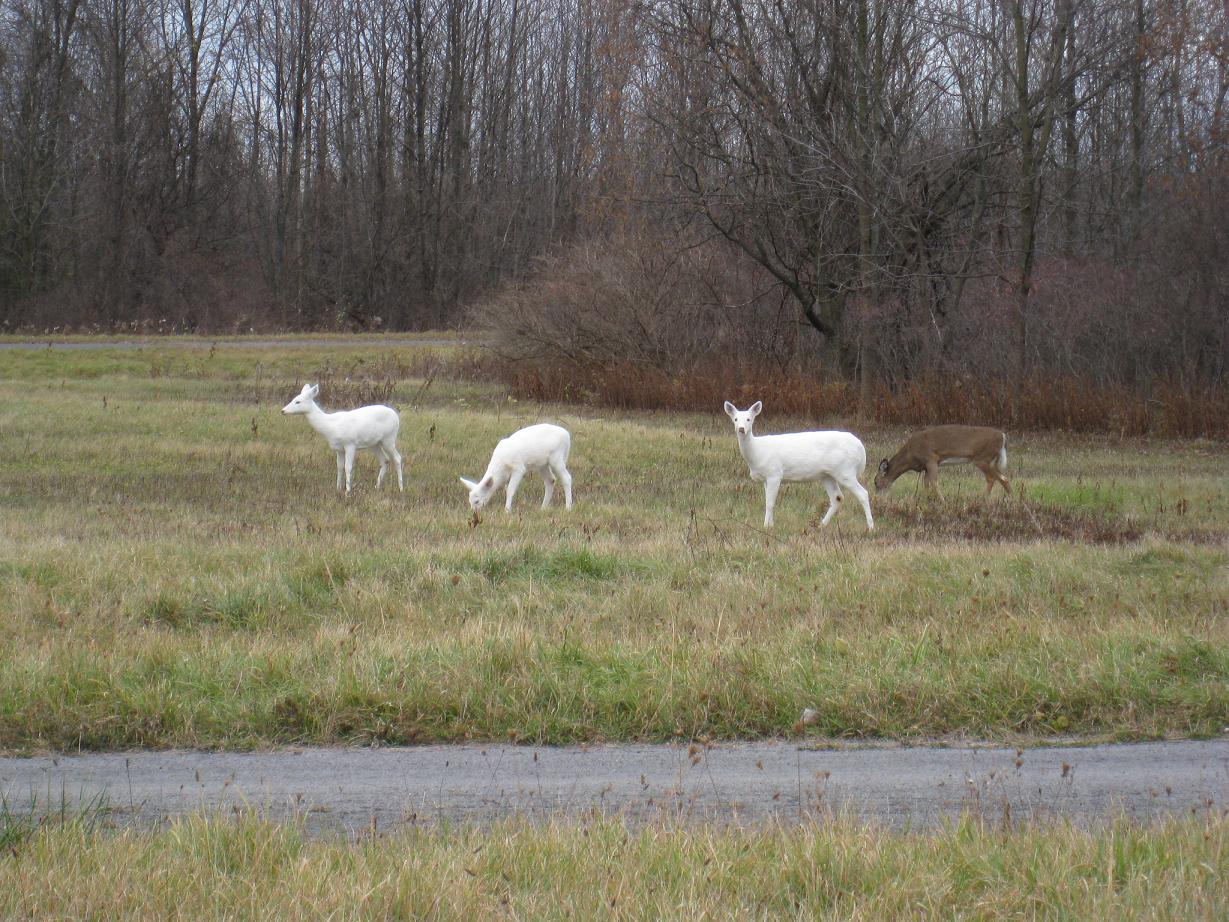 The unique white deer that have been living on the site of the Seneca Army Depot has become a major draw for locals, and Churchill continued pointing out that, “Really we’re at a crossroads for the white deer, and there are a lot of reasons for that.”He reiterated his belief that the resolution he introduced ensures the future of the white deer, while ensures that the public is adequately represented on the matter as well. The committee vote lays the groundwork for a compete board vote, which is slated to take place on Tuesday, February 9th.”This plan buys time to put together what the depot has never had since the Army left them,” said Churchill, closing out his argument for his motion. He urged board members and residents alike that this is about creating a sustainable, concrete plan for the depot that can live into the future. Those living in Seneca County are urged to let their supervisors know how they feel about the future of the Seneca Army Depot.Those who want to reach out to the board collectively with their thoughts, should contact supervisors@co.seneca.ny.us to ensure their voices are heard.Let us know what you think should be done with the former Seneca Army Depot comment section below and stay tuned to FingerLakes1.com for the latest news on this story and more.