When construction crews were working last week at the site of the future art gallery at 7 West Main in Waterloo, the last thing they expected to find was a piece of Waterloo and Seneca County history. The crew knocked down a wall at the location, revealing a painting, which owner Lee Bieber said was even documented on the back. At first, the sheer surprise of finding a painting — behind a wall that had been up for decades was enough — but when he heard the name, he was initially confused. That confusion was short-lived though, as the author, a 12-year-old Judy Whitaker painted the image, which Bieber and says will become the mascot of the location. Steve Duprey, the operating manager at the future gallery shared Bieber’s sentiment, pointing out that for the time being the figure in the painting will become the mascot of the gallery. It’s unclear what the painting was depicting, but the documentation on the back of the painting also indicates that it came to be in 1957.Most people know Judy Whitaker as Judy Coughlin. In 1968 Judy Whitaker and Tom Coughlin married. Coughlin recently made headlines as he left New York as the head coach of the Giants and is pursuing other coaching options. Duprey said that they had been seeking out leads to contact Judy Coughlin, but they had not heard back.When asked about the process of finding this painting Lee Bieber described the entire series of events as surreal. He pointed out that so often little things are uncovered or found in the development of a structure like this because of its age — but the whereabouts to document these types of things, to verify years later — is something that simply comes around once in a very great while.Duprey said that construction crews are typically used to finding various items when going through a process like the one that is taking place on Main Street. However, this was something that no one on the team expected to find.One other interesting find at the site was a sign that remained from when the location was a functioning bar. Duprey and the team believe that from the research they had done to this point, the bar was called “Heads,” and the sign was to ensure patrons could easily order drinks.Construction has only just begun on the gallery and Duprey said that the process to build is expected to take around two months. 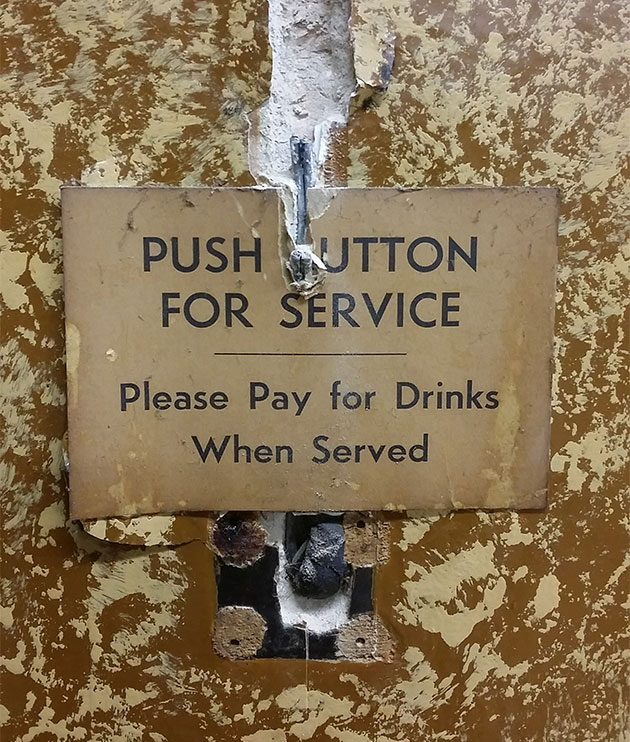 Let us know what you think of the find on West Main in the comment section below.