The Seneca County Sheriff’s Office reports that early Thursday morning, shortly after midnight, deputies responded to 4256 Murray Road in the Town of Fayette for the report of a fully engulfed structure fire. 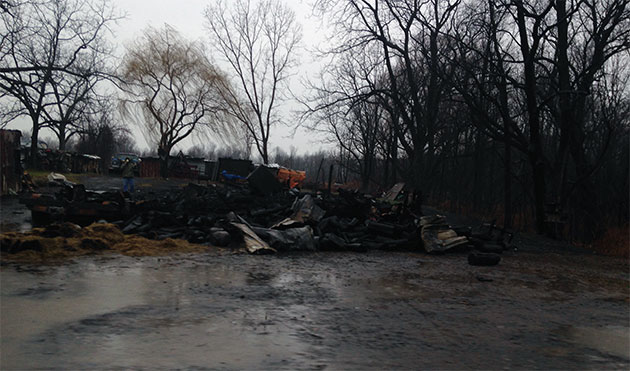 The home, owned by 61-year-old John R. Bojcuk, was a complete loss.The cause of the fire is believed to have been started by a wood stove located inside of the home.Deputies report Bojcuk was not home at the time of the fire and no injuries were reported. Fire Departments from Fayette, Varick, Canoga and Romulus assisted on scene along with members from the North Seneca Ambulance. The home was a complete loss and there was no insurance.– Photos by Josh Durso