Skip to content
»
Home > Uncategorized > A Turkey on the Loose! at South Seneca

South Seneca’s Adopt-A-Turkey was a huge success. The final total that South Seneca alone raised is $2,468 in cash/check donations and over 140 in complete meals. In addition, Nancy Canniff, from the Ovid Food Pantry, has also received another $5,182 from local businesses and organizations. The grand total is $7,650 raised by our generous community! That is enough money and food to provide all of the meals for Thanksgiving, Christmas, and part of Easter.There was also a school competition by grade to see who would collect the most complete meals. A goal of 70 dinners had been set. The principals offered to dress as a turkey to help assist in the friendly competition. The grade levels that have won ice cream from Cayuga Lake Creamery for their efforts are (drum roll, please): 4th grade with 22 complete dinners, 8th Grade with 19 complete dinners, and 12th grade with 12 complete dinners.Thanks again to all who donated, rallied, coordinated, collected, turkey-called, and turkey-colored to make Adopt-A-Turkey was such a success. You always go above and beyond! 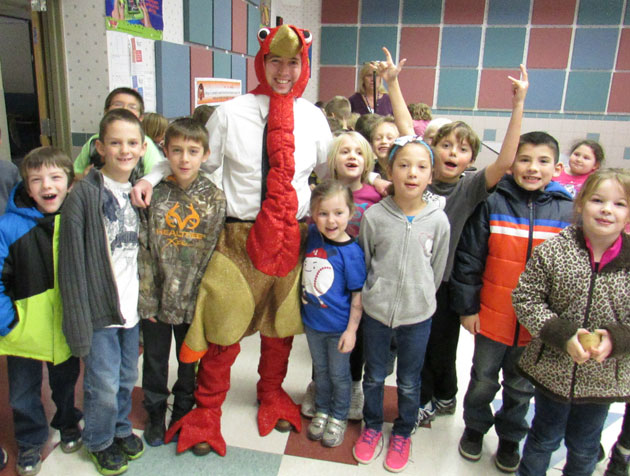