On Tuesday at 7:36 am the Geneva PD was called to 50 Exchange Street for a report of an assault. Upon arrival Josiah T. Brant, age 16 of 50 Exchange Street in Geneva, was taken into custody for Assault in the First Degree. Brant had repeatedly struck his mother and step-father in the head and body causing injury to both. The step-father was airlifted to Strong Memorial Hospital for severe trauma to his head and the mother of the suspect was transported to Geneva General Hospital for trauma to her head and possible lacerations.Brant was arraigned and held on $50,000/100,000 and is scheduled to reappear in Geneva City Court on November 19th at 9:00 am. Additional Felony charges are pending. 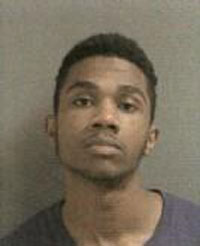