On Monday at approximately 11:18 am, the Seneca Falls Police Department arrested Dakota J. White, age 20 of 17 Miller Street in Seneca Falls, for Felony Criminal Mischief, Criminal Trespass 3rd, Criminal Tampering 3rd, Trespass, Harassment, and Appearance in Public Under the Influence of a Drug.White is accused of entering into the fenced area of Bracht Field, while having no permission to do so.While on the school property White caused damage to a marked Town of Seneca Falls Police Patrol Vehicle which was parked in the school parking lot, causing more than $250.00 in damage.White is also accused of having contact with a female resident at the school which alarmed the female. 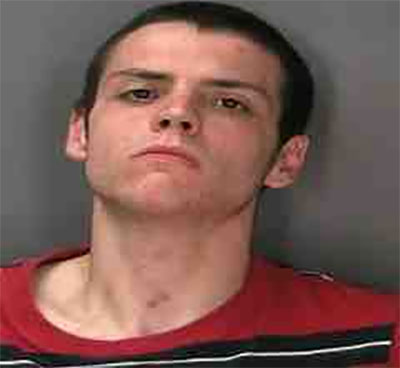 White was also arrested for Criminal Mischief 3rd Degree, a Felony, for a separate incident that occurred on Miller St on 11/09/15 where White is accused of intentionally damaging property at a local residence.White was arraigned on all charges in Tyre Town Court and was committed to the Seneca County Correctional Facility on $2000 Cash/$4000 Bond and has a felony hearing scheduled for 11/12/15 at 2:00 pm.