Mynderse striker Gillian Lamb scored twice, once in the games opening 2 minutes, and again with just over 2 minutes left in the second half as the Lady Blue Devils held off Wayland-Cohocton to win 2-0 at Honeoye Falls-Lima on Friday evening.The victory gives Mynderse the Section V Class B2 title, the program’s first sectional championship in 15 years.After taking a 1-0 lead into halftime, the Lady Blue Devils held off a consistent second half push from Wayland-Cohocton that included a shot off the crossbar and a penalty kick that was turned away by MA goalie Maegann Mein.

Mynderse will play next in the state qualifying tournament on Tuesday evening against Livonia. Lindsey LoPresto scored in the first half for Livonia on Friday night as they beat Hornell 1-0 for the Class B1 Girls Soccer Championships. 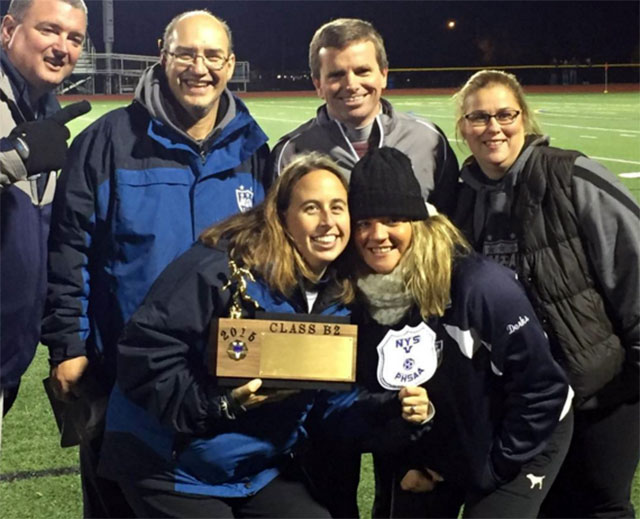