On Thursday at approximately 3:45 pm the Geneva Police arrested Ahmad J.Whitfield, age 35 and considered to be homeless, on Exchange Street in the City of Geneva on the Ontario County Indictment charges of Rape 1st Class B Felony, Assault 2nd Degree Class E Felony & Coercion 1st Class D Felony. The incident occurred in September 2015 where the victim was forcibly raped and physically assaulted by the suspect at a residence in the City of Geneva. The victim was treated at FF Thompson and released. 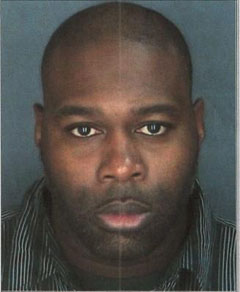 Whitfield was held on 100k/200K bail. An order of protection was issued.