On Monday at 6 pm Members of the Geneva Police Department Drug Enforcement Unit and marked units ended an 8 month investigation into the sale of cocaine by the arrest of Wally J. Morabito Jr, 28 of 16 Genesee street in Geneva, after a traffic stop on Genesee Street in the City of Geneva. 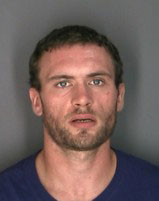 Morabito sold cocaine on multiple occasions from 16 Genesee Street in the City of Geneva. Cocaine, $3000 Dollars in US Currency, and two vehicles were seized as a part of the investigation. Morabito was arraigned and held $40000/80000. He is scheduled to reappear in Geneva City Court September 3rd at 9:00 am. Additional Felony charges are pending.