On August 25, 2015, preliminary hearings were held in the Tyre Town Court for two of the three suspects in a robbery that allegedly occurred at a residence on Yost Road in the Town of Fayette on August 20, 2015. 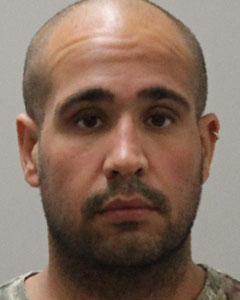 Jayson C. Delpapa, 31 of 4 Amherst Road in Waterloo, and Michael K. Elliott, 31 of 127 Lewis Street in Geneva, have been charged with robbery in the second degree (class C violent felony), burglary in the first degree (class B felony) and assault in the second degree (class D violent felony).At each hearing, State Police Inv. Jared Proper testified for the People, who were represented by Seneca County District Attorney Barry Porsch. Delpapa was represented by Seneca Falls attorney Stephen Ricci. Elliott was represented by Seneca Falls attorney Joseph Lucchesi.In both cases, Tyre Town Justice Larry Mills ruled that the People established reasonable cause to believe that Delpapa and Elliott committed a felony, and ordered them held for the action of the Grand Jury. Delpapa was returned to the Seneca County Jail on no bail, and Elliott was returned to the Jail in lieu of $10,000 cash bail