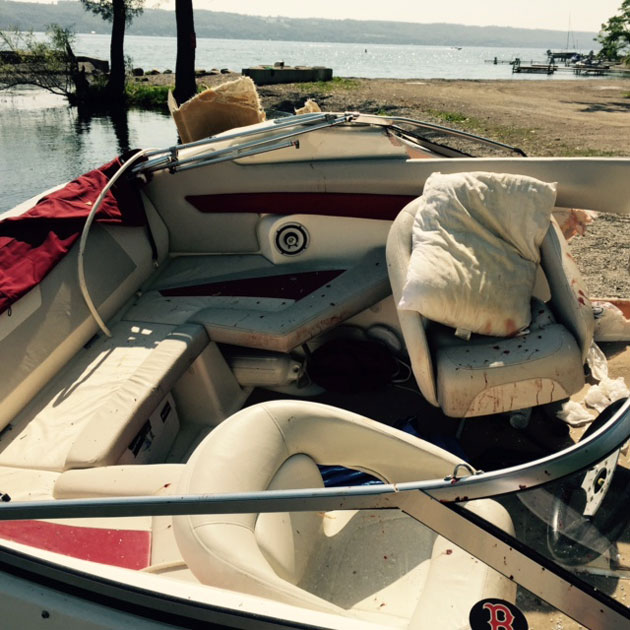 Balmer suffered head and facial injuries and a passenger in the boat Marguerite A. Malone, 35, 324 Pollard Hill Road, Johnson City, New York suffered head and facial injuries.Both Balmer and Malone were transported by South Seneca Ambulance to Upstate Medical Center in Syracuse, where they were treated and released. Balmer was charged with Reckless Operation of a vessel, a Navigation Law Misdemeanor and has been ordered to appear in Town of Ovid Court on August 25, 2015 at 10:00 AM.Deputies were assisted by the Interlaken and Ovid Fire Departments and South Seneca Ambulance.