FingerLakes1.com has learned that the man behind the recent proposal to develop a medical marijuana growing facility at the former Seneca Army Depot in Romulus, New York, a small town located in the state’s pristine Finger Lakes Region, has surrendered his medical marijuana license in Colorado based on alleged improprieties in that state.The Colorado Department of Revenue, Marijuana Enforcement Division, named Josh Stanley in a lawsuit alleging misconduct in connection with his business, Nutritional Supplements, a Colorado limited liability company in Boulder, Colorado.When Stanley pitched his proposal to grow medical marijuana at the vacant Army Depot to Romulus town officials in April of this year, he had already surrendered his license to sell marijuana in Colorado – a fact he did not disclose to Romulus officials who were asked to support his plans. 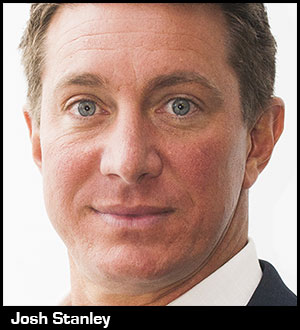 Romulus officials backed Stanley’s proposal to build a large scale climate controlled greenhouse to grow marijuana on a 20-acre site within the 11,000-acre former Army base that closed in 2000, a plan Stanley said which would ultimately create 200 local jobs.While Stanley’s plans in New York were well publicized, the plan was contingent on Stanley being approved by the NYS Department of Health for one of five grower’s licenses to be issued statewide.David M. Kaiser, Romulus town supervisor, told the Syracuse Post Standard in April, “We are really excited about this because we need living wage jobs. A lot of families here are struggling.”After surrendering his license to sell marijuana in Colorado, Stanley came to New York last year and, using Mercury Public Affairs, a lobbying and public relations firms, conducted what was a well-orchestrated public relations effort that resulted in dozens of stories touting Stanley and his plans. Nowhere in any press account available online did FingerLakes1.com find any mention of Stanley’s entry into a stipulation with the State of Colorado to surrender his license and pay a fine of $5,000 in May 2014 in response to the Show Cause Order brought against Stanley by the State of Colorado in February 2014 that cited seven seperate violations. Just the opposite. Stanley has been cast in press reports as a pioneer in medical marijuana and a possible front runner for one of the five medical marijuana licenses to be issued in New York State – out of a field of 43 applicants.Stanley claims to have helped discover the famous Charlotte’s Web marijuana strain which has been used to successfully treat epileptic children, and that based on his “discovery” he worked on legislation to legalize medical marijuana in seven states.Actually, according to public records, Stanley Brothers Social Enterprise, a company which does not include Josh, but four of his brothers, developed, grow and distribute Charlotte’s Web, and unlike Josh Stanley, have a license in good standing, according to the Colorado Department of Revenue.The legal issues in Colorado for Josh Stanley however raise questions of non-disclosure in New York if Stanley, in applying for a license in New York, or in his promotional efforts to attract investors, failed to disclose his legal issues with the Colorado Dept. of Revenue.** In a statement from Stanley’s Public Relations Firm, published in full below, it is stated that this information was disclosed to the State of New York in the applicationThe New York medical marijuana application requires, along with a $10,000 initial fee, a detailed description of how the applicant plans to operate the proposed medical marijuana facility, his or her experience in medical marijuana, a set of fingerprints, and a sworn affidavit under penalty of perjury that the statements made on the application are true.If the initial application is accepted by the state, a second $200,000 fee is required for the state to vet the application.The New York State Department of Health has said it plans to name the five companies or individuals it has selected sometime this month.During the past few months, Stanley has frequently claimed the reason he was relocating from Colorado to New York was because he saw superior potential in New York for medical marijuana research based on the stricter regulatory requirements of Gov. Andrew Cuomo Compassionate Care Act with its emphasis on strict and limited medical uses of medical marijuana in New York which Stanley says will encourage research leading to development of new strains.The reality, however, of Stanley’s exodus out of Colorado seems more to be his loss of his Medical Marijuana Center License, his Premises Cultivation License, his medical marijuana-infused products manufacturer license, which were suspended when the Colorado Department of Revenue, State Licensing Authority, Marijuana Enforcement Division filed an order to show cause in February 2014 charging that Stanley, personally and through various companies and with a partner, Kevin Lamar, delivered marijuana to “unauthorized locations,” “unlawfully possessed medical marijuana plants” that were not grown on its licensed premises, failed to keep a complete set of records necessary to show where the marijuana came from and where it went , and refused or were unable to disclose to the state the whereabouts of an undetermined amount of marijuana based on missing records that included patient counts, patient records, and point of sales transactions.In Colorado, a licensed cultivator must accurately complete a travel manifest prior to transporting medical marijuana.New York State has developed similar regulation.Colorado also charged in words that Stanley provided the state a transportation manifest “with imperfect information regarding the origin of the transported marijuana plants, number of transported marijuana plants, and type of transported marijuana plants” and that Stanley moved his marijuana location without notifying the State Licensing Authority.Rather than fight the charges, Stanley entered into a “voluntary stipulation” to surrender his license to sell marijuana in Colorado in May 2014, paid a $5,000 fine, and if he wanted to reapply within 5 years, the State of Colorado could use this voluntary surrender and stipulation as a reason to deny his license. At the end of five years (2019) Stanley can reapply but is not guaranteed a new license in Colorado.His issues in Colorado could be a deal killer in New York where Governor Cuomo has written into the regulations stringent control measures, the type of which Stanley allegedly violated in Colorado – but stricter.While Colorado now permits the sale of marijuana for recreational use, New York will only allow the use of medical marijuana for physician approved treatment of cancer, HIV/AIDS, Lou Gehrig’s disease, Parkinson’s disease, multiple sclerosis, spinal cord damage, epilepsy, inflammatory bowel disorder, neuropathies and Huntington’s disease.* The original version of this article included the sentence, "Stanley’s five-year Colorado suspension began May 2014 and ends May 2019." which was based on the wording in item #7 of the Stipulation, Order & Agreement linked below.Legal documents referenced in this article:– Stipulation, Order & Agreement (.pdf) State of Colorado Dept. of Revenue– Order to Show Cause (.pdf) Colorado State Licensing AuthorityStanley’s Public Relations Firm issued the following statement in response to this article: