The Newark Pilots of the Perfect Game Collegiate Baseball League (PGCBL) have announced the additions of four All-Conference players for the upcoming 2015 season.The Pilots grabbed local stars Will Gorman from the Rochester Institute of Technology (RIT) and Cody Wiktorski from St. John Fisher College, and reached to the corners of the country for Pacific (Ore.) University’s Nate Suyematsu and Will Nichol of Hendrix College. 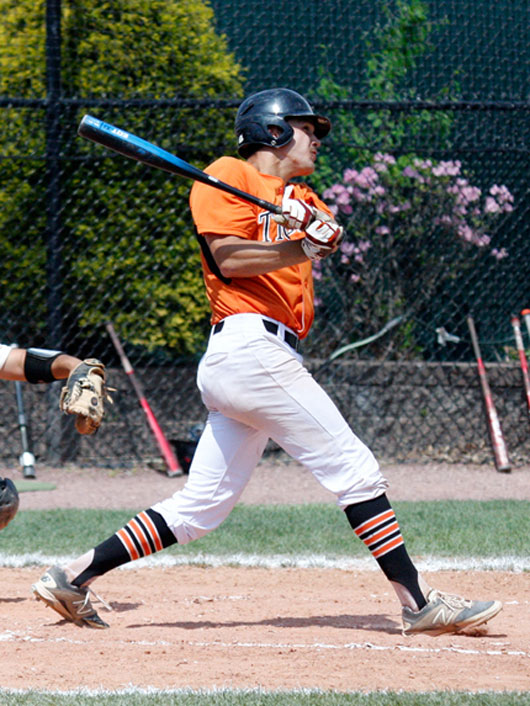 Gorman, a 6-3 outfielder, was named to the All-Liberty League First Team after a stellar sophomore campaign at RIT. He started all 38 games and led the Tigers with a .363 batting average, .476 on-base percentage, .637 slugging percentage, 49 hits, eight doubles, four triples and 86 total bases. His 46 RBIs were a new program single-season record and a league-high in 2015. The Nassau, NY, native also finished one home run shy of tying the school’s single-season mark with seven, scored 34 runs and drew 27 walks.Originally from Dallas, Texas, Nichol played alongside returning Pilot pitcher Daniel Imbro at Hendrix College and was named an All-Southern Athletic Association (SAA) Honorable Mention as a junior. In 63.1 innings of work, he turned in career bests with a 1.98 ERA and 53 strikeouts, ranking fifth and eighth in the conference, respectively. His finest performance with the Warriors came on April 25 when he twirled a complete-game shutout with a season-high eight strikeouts against Sewanee. Nichol ranks second all-time in Hendrix program history with a 3.22 career ERA and ninth with 124 strikeouts.Suyematsu earned All-Northwest Conference (NWC) Second Team honors as a utility player for the Boxers. He started all 40 games in 2015, including 33 at shortstop and five toeing the rubber. At the plate, he batted .278 with 42 hits, 18 runs scored and 17 batted in. The Tualatin, Ore., native made nine total appearances on the mound, accumulating a 3.19 ERA and 21 punchouts in 36.2 innings. On March 22, he threw a complete nine-inning game on 105 pitches, surrendering two runs on five hits to defeat nationally-ranked Linfield, 3-2. Suyematsu was added to the 2014 All-NWC First Team at second base after batting a team-high .342 as a sophomore. Also a three-year member of Pacific’s football team, Suyematsu was the Boxers’ starting punter last fall. 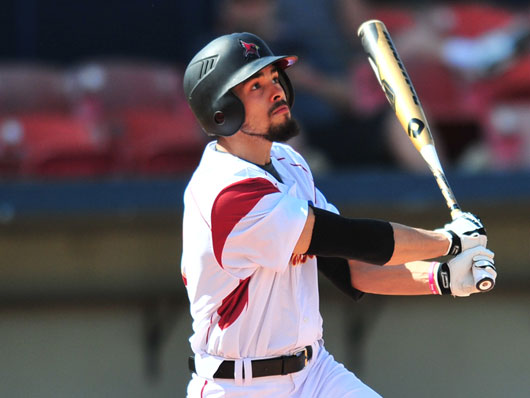 Wiktorski comes to Newark after earning his second straight First-Team All-Empire 8 Conference bid, this time at designated hitter for the Cardinals. In 40 games he hit at a .331 clip and was second on the team with a .515 slugging percentage. His 54 hits included 12 doubles, six triples and a pair of home runs. A junior from nearby Penfield, NY, Wiktorski finished among the Empire 8’s Top 10 in runs scored (31), hits, doubles, triples, total bases (84) and slugging percentage. As a sophomore, he batted .403 with a .612 slugging percentage and earned All-Conference honors at third base.The Newark Pilots return to Colburn Park for their 2015 home opener on Friday, June 5 against Mohawk Valley at 7:05 p.m. For more information and to purchase season tickets, contact Pilots president Leslie Ohmann at 315-576-6710 or visit www.newarkpilots.com. Fans can like the Pilots on Facebook at www.facebook.com/newarkpilots, and follow them on Instagram and Twitter @NewarkPilots for the latest information.PHOTO CREDIT FOR WILL GORMAN PHOTO: Rick Zabel/RIT AthleticsPHOTO CREDIT FOR CODY WIKTORSKI PHOTO: St. John Fisher Athletics